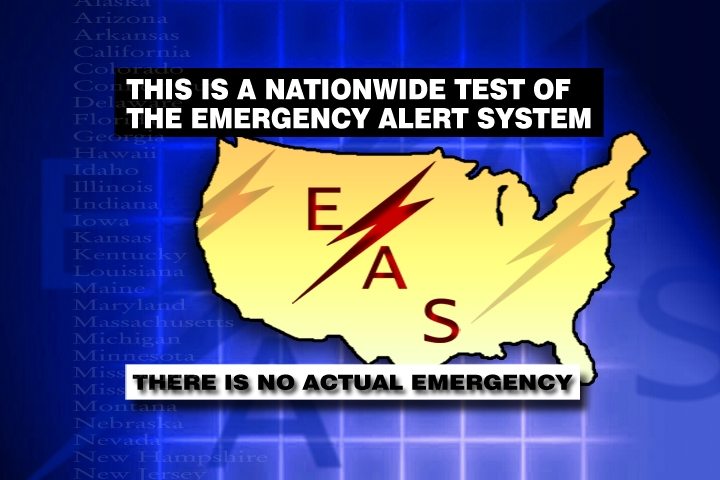 In an ongoing effort to keep our community informed, the Sheriff’s Office would like the public to know about an upcoming Emergency Alert System (EAS) test and how it may impact them. The Federal government will hold the first nationwide test of the Emergency Alert System (EAS) on November 9 at 11:00 a.m. pacific standard time. The test will last from 45 to 60 seconds. During this period, regularly scheduled television, radio, cable, and satellite shows will be interrupted as the system is being tested.

This test is different from other EAS tests held locally. Because of the system design, residents may not see the familiar test banner run across the screen or hear it on radio broadcasts. The Sheriff’s Office would like to notify the public about the test now, so that they are not alarmed when the test takes place on November 9th.

The test is being conducted by the Federal Emergency Management Agency (FEMA), the Federal Communications Commission (FCC), and the National Oceanic and Atmospheric Administration (NOAA). Information from the test will help federal partners and EAS participants determine the reliability of the system, as well as its effectiveness in notifying the public of emergencies and potential dangers both nationally and regionally. The test will also provide the FCC and FEMA a chance to identify improvements that need to be made to build a modernized and fully accessible Emergency Alert System

Under the FCC’s rules, radio and television broadcasters, cable operators, satellite digital audio radio service providers, direct broadcast satellite service providers and wireline video service providers are required to receive and transmit presidential EAS messages to the public. The Sheriff’s Office, along with FEMA, the Nevada Department of Emergency Management and Washoe County Emergency Management encourages the public to “make a plan, assemble a kit, and stay informed” by using this event as a reminder that everyone should establish an emergency preparedness kit and emergency plan for themselves, their families, communities, and businesses. Visit www.readywashoe.com for more information about how to prepare for and stay informed about what to do in the event of an actual emergency.