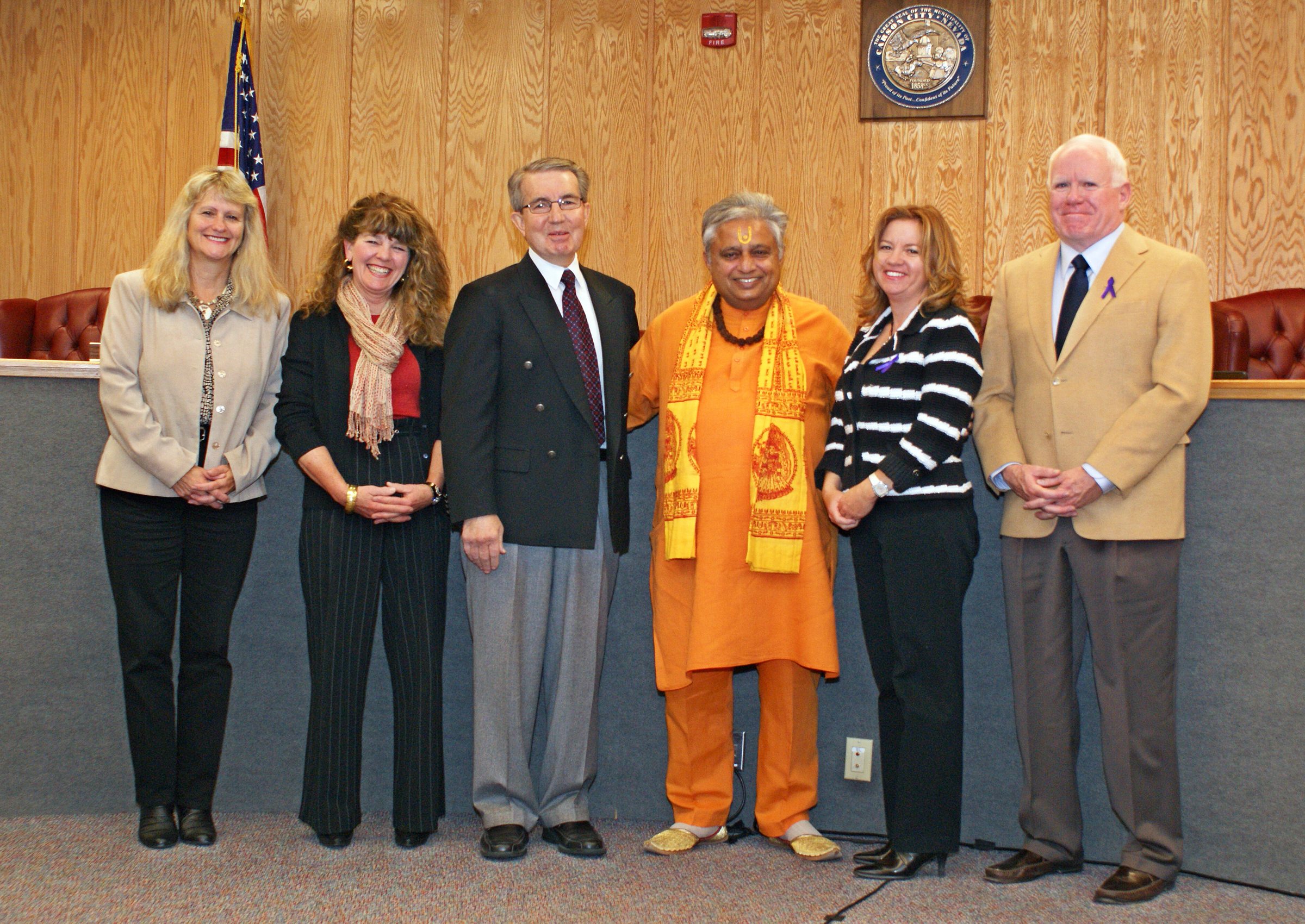 Carson City issued a proclamation today “recognizing the religious and historical significance of the festival of Diwali.”

Carson City Mayor Robert L. Crowell read the proclamation in the meeting of Carson City Board of Supervisors and then presented it to Hindu statesman Rajan Zed.

Reading out of the proclamation, Crowell said: I “do hereby recognize the historical and religious significance of Diwali, the festival of lights, and appreciate the religious diversity in both India, the United States and throughout the world and acknowledge and support the relationship of collaboration and respect between the United States and India.”

Rajan Zed, who is president of the Universal Society of Hinduism, thanked Crowell and the supervisors on the occasion of honoring the community and recognizing their most popular festival. Zed stresses that all religions should work together for a just and peaceful world and that dialogue would bring us mutual enrichment.

Besides others, Larry Schneider, minister of the Unity of the Sierra Church of Carson City, was also present.

Diwali aims at dispelling the darkness and lighting up lives and symbolizes the victory of good over evil. Besides Hindus, Sikhs, Jains and some Buddhists also celebrate Diwali, which fell on October 26 this year. Hinduism is the oldest and third largest religion of the world with about a billion adherents, and moksh (liberation) is its ultimate goal.