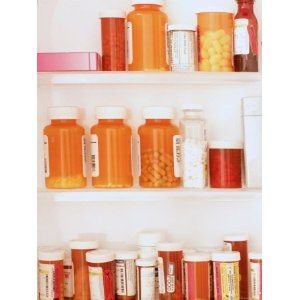 On Oct. 29 from 10 a.m. to 2 p.m. the Washoe County Sheriff’s Office and the Drug Enforcement Administration will give the public an opportunity to rid their homes of potentially dangerous, expired, unused and unwanted prescription drugs. Residents can bring medications for disposal to:

The service is free and anonymous, no questions asked.

Nearly every American household has old or expired prescriptions in their homes. Last April, Americans turned in 376,593 pounds–188 tons–of prescription drugs at nearly 5,400 sites operated by the DEA and more than 3,000 state and local law enforcement partners.

The round-ups are available several times a year in order to eliminate the potential for abuse, mis-use or dependence for those who have easy access to home medicine cabinets such as teenagers and children. Rates of prescription drug abuse in the U.S. are alarmingly high, as are the number of accidental poisonings and overdoses due to these drugs.

“A concerning statistic for us is the increasing number of teens who use dangerous prescription drugs illicitly,” said Washoe Sheriff Public Information Officer Deputy Armando Avina. “They don’t believe they are addictive, which is untrue. Narcotics are narcotics, whether they come with a label or not.”

In addition, residents are now advised that their usual methods for disposing of unused medicines–flushing them down the toilet or throwing them in the trash–both pose potential safety and health hazards. Round-ups will be available in Reno/Sparks every 4-6 months. Citizens are asked to place their unused prescriptions in a secured area until they can be disposed of properly. But if they are unable to participate in a community round-up, they are encouraged to grind the drugs up, mix them with cat litter or used coffee grounds and dispose of them as quickly as possible.

Four days after the first Take-Back Round-Up event in September 2010, Congress passed the Secure and Responsible Drug Disposal Act of 2010, which amends the Controlled Substances Act to allow an “ultimate user” of controlled substance medications to dispose of them by delivering them to entities authorized by the attorney general to accept them.

The act also allows the attorney general to authorize long-term care facilities to dispose of their residents’ controlled substances in certain instances. DEA has begun drafting regulations to implement the act, a process that can take as long as 24 months. Until new regulations are in place, local law enforcement agencies like the Washoe County Sheriff’s Office and the DEA will continue to hold prescription drug take-back events every few months.