The Washoe County Sheriff’s Office received a report of several subjects with spray-paint cans in the 500 block of Blue Skies Drive in the Spanish Springs area. Deputies located and detained four subjects. 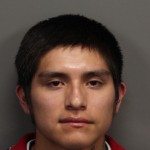 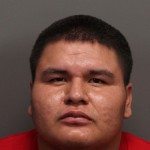 At this time, the Sheriff’s Office has identified 24 victims in this residential area and is continuing to take reports. Jason Lopez and Nathan Twohearts, both age 19 and Sparks residents, were arrested and transported to the Washoe County Sheriff’s Office Detention Facility.

Lopez and Twohearts were booked on ten counts of destruction of property, ten counts of unlawful defacing of property, contributing to the delinquency of a minor and one felony charge of promoting gang activity. Their bail has been set at $32,425 each.

Additionally, two juveniles, both 17 years old, were booked into the Jan Evans Juvenile Detention Center on similar charges. Their names are being withheld due to being under the age of 18. The Sheriff’s Office expects additional charges to be filed as the investigation continues.

The Washoe County Sheriff’s Office encourages victims, witnesses or anyone else with information on graffiti vandalism to call the Sheriff’s Office at 328-3320 or Secret Witness at 322-4900.

Keep America Beautiful (at your own risk)

Street racers at it again, more arrests and tickets over...