Opinion: Sincerity and hypocrisy on a Saturday afternoon (w/videos)

It all started simply enough. There was going to be an Occupy Reno march and rally downtown, and with nothing much else going on, I decided to check it out. I walked over to the Reno Arch and after grabbing a sandwich at the new Commrow, I was just in time for them to come marching down the sidewalk.

Following them down the street, I couldn’t help noticing that they stuck to the sidewalks, stopped at red lights and used the crosswalks. A very conscientious lot, these occupiers. When we got to the skating rink, there wasn’t so much a rally as an open-air meeting. I took this shot at the beginning when the young organizers were instructing the crowd on how the meetings would be governed and how the “people‘s microphone“ works.

The emphasis was on keeping things peaceful and legal. The crowd was instructed to follow the example of Martin Luther King, and that they were trying to get a permit from the city to permanently occupy the site legally. They had obviously been talking with the authorities, since there was only one policeman watching the proceedings. Whatever is going on with these things elsewhere, in Reno, the students are the driving force. Like the early days of the TEA party movement, there is no clear direction. It is the primal scream of those who know they are getting screwed. Even in that situation, they insist on staying within the rules.

When I got home, I thought I had some pretty good shots, but didn’t think I had enough for a story, so I loaded the two video’s onto twitvid. Anyone curious about it could see for themselves what I saw. That’s what bloggers do. And this is where the sincerity ends and the hypocrisy begins.

Y’see, back in August, Bob Conrad wrote a post about the fuzzy line that can occur between reporting and advertising. That prompted a rather pretentious comment by an editor at the local newspaper:

…”Big J” journalism is not cheap. It takes time. It requires a good attorney on retainer. And it can’t be done by a blogger sitting in his basement next to a bowl of Cheetos.

My usual response at a cheap shot like that is to laugh it off. But something strange happened with the twitvids on Saturday.

The first video had been retweeted and had about 20 hits. The second had not been retweeted and had about 100 hits. That seemed a little backwards. About then, the RGJ Twitter feed had a story about the Occupy Reno march. Surprise! There was my video, with no attribution. As if by magic, my video had mysteriously materialized on their website. It has since been deleted (see below), presumably by a news professional who would rather not admit that an amateur blogger had contributed to his story.

Ordinarily, I would have been happy to have my video on the local paper’s website. They wouldn’t have even had to use my real name, which would have involved pushing two extra buttons to find out. But they didn’t do that. They just took it and used it without saying anything to anybody. Even knowing the editor is a snob, I still would have been happy, had they given me a credit. Common courtesy, I would think.

When someone takes what is offered for free, and doesn’t credit the source, it implies the first person did the creating. It is sneaky and underhanded, to say nothing of unprofessional. It is especially galling given this particular editor’s publicly stated bias. I suppose it is just a small part of the overall decline in our country, that an executive editor of our city’s major newspaper could stand to take a lesson in integrity from a handful of disorganized college students. My only question at this point is: Who’s in the basement eating Cheetos now? 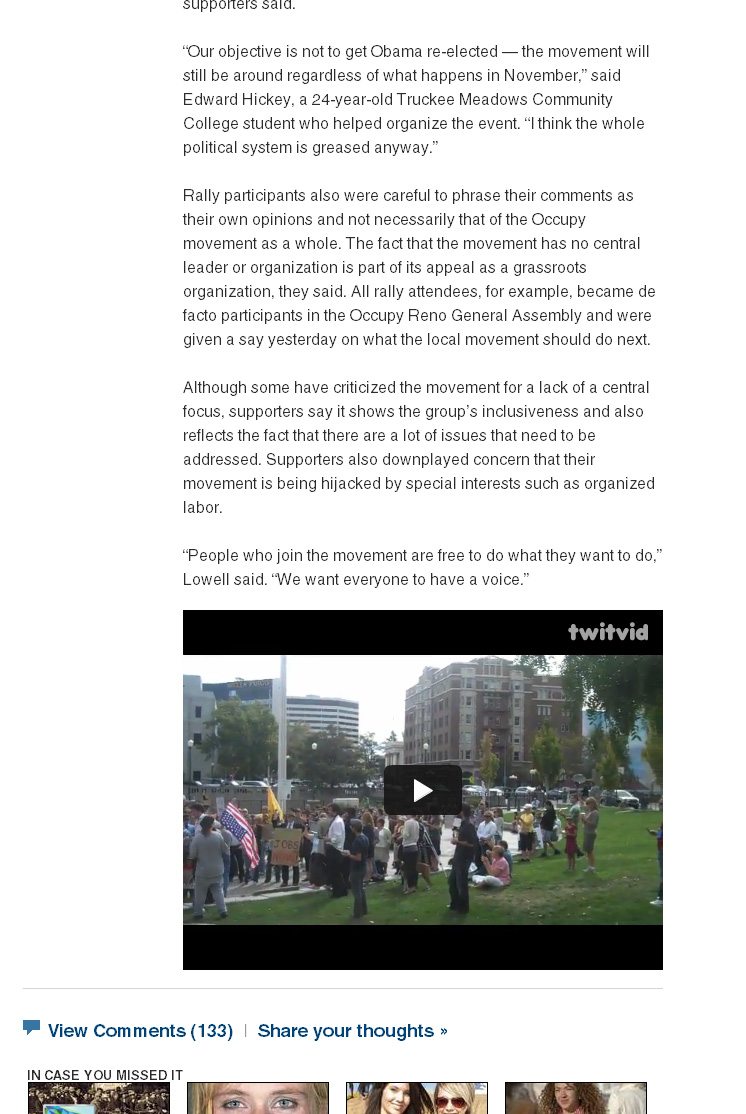 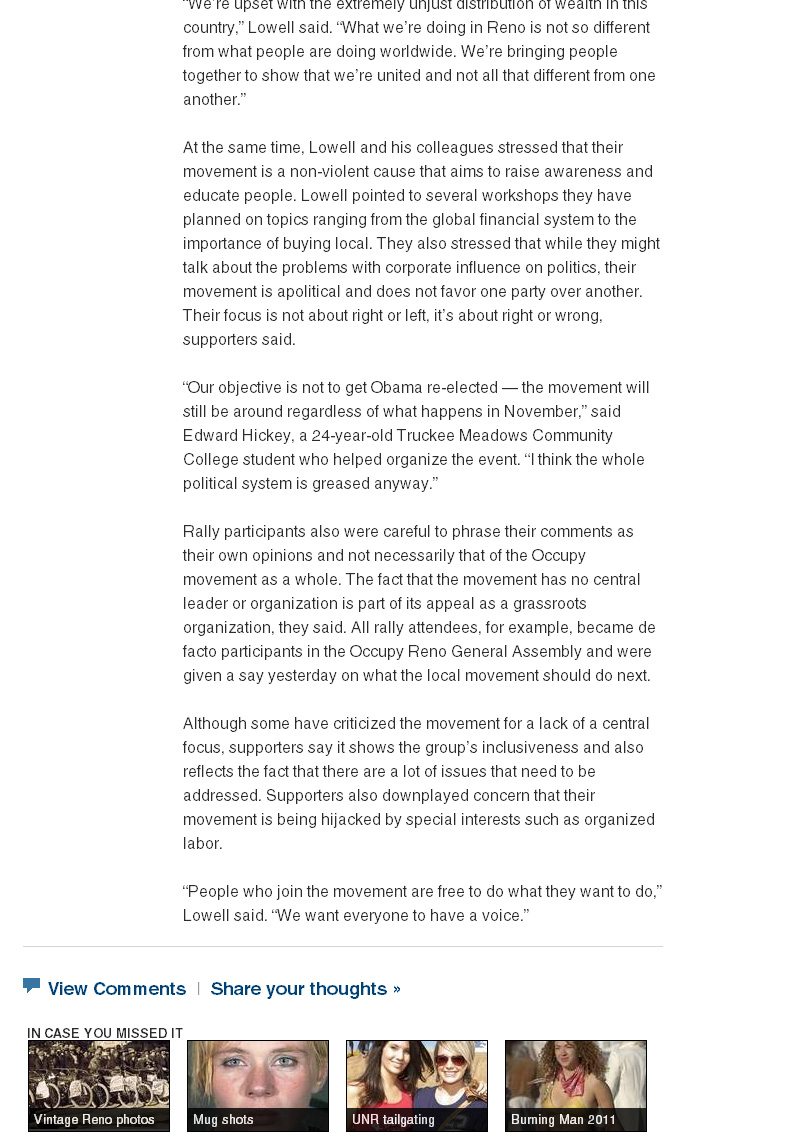 Carson Sheriff: Law enforcement prepared for protests leading up to...

Protesters gather at Reno Arch to protest farm laws in...