By Sean Whaley, Nevada News Bureau: An audit of the Nevada State Veterans’ Home identified more than $600,000 in late and inaccurate billings, primarily to Medicare and Medicaid, a panel of lawmakers heard today.

While the late billings won’t affect the ultimate payments received from these programs, the audit identified late billings to residents of the Boulder City skilled nursing home who are paying their own way that could mean a loss of revenue. 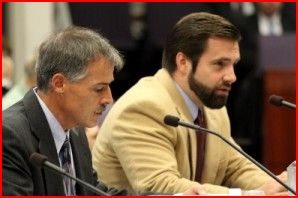 The audit identified one “private-pay” resident who was not billed for 10 months. When he finally received a bill it was for $53,000. He passed away still owing $50,000. The veterans agency is attempting to recover the amount owed from his estate.

The billing problems occurred in part because of staff turnover that resulted in new employees not having adequate guidance to ensure timely and accurate billing, the audit said.

The audit by legislative auditors was reviewed by the Legislative Commission’s Audit Subcommittee. The audit also found that the veterans’ home did not actively pursue the collection of delinquent accounts for private pay residents. Staff did not send collection letters for 11 of 14 residents reviewed by auditors, all of whom owed between $10,000 and $50,000.

The audit also found that trust funds held on behalf of residents are not properly safeguarded. The average total balance in the funds of $181,000 is administered by employees without proper segregation of duties.

The agency accepted all eight of the audit recommendations. Assemblyman Tom Grady, R-Yerington, a member of the subcommittee, said accepting the recommendations is not enough; agency staff needs to move aggressively toward implementation. 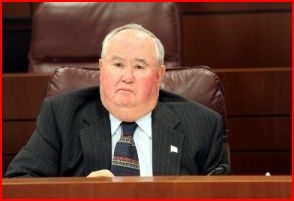 “It looks just from what we have seen over the last couple of meetings that there is a very definite lack of control,” he said. “Do you feel that we’re getting our arms around this because it could be a huge problem, not only for the veterans in the home but for the state as well.”

Grady was told the agency will be required to submit a corrective plan of action within 60 days, and the issues will be reviewed again in six months.

Caleb Cage, executive director of the Nevada Office of Veterans Services, said the agency is taking corrective action and was doing so even before some of the problems were identified by auditors.

“The report refers to high turnover which is something that we have been dealing with,” he said. “We do continue to have turnover, which is a function of many things, including the economy, but we do have a team that’s in place and has been in place for about a year now and is addressing these issues aggressively at this time.”

Cage said his agency’s top priority is the proper care of the residents.

“It remains a first class facility and one of the best in the state, in my opinion and others,” he said.

Assemblyman Tom Grady says the agency needs to act on, not just accept, the audit recommendations:

Cage says turnover has been a problem but he has a team in place working on the veterans’ home issues: