By Sean Whaley, Nevada News Bureau: A report from the Tax Foundation on unemployment insurance taxes says 34 states have had to borrow $37 billion from the federal government to pay jobless benefits, and employers around the country face the prospect of higher tax rates as a result.

“Businesses are in danger of facing higher UI (unemployment insurance) taxes at a time when private sector hiring is already at a low level,” says the background paper by Joseph Henchman titled “Unemployment Insurance Taxes: Options for Program Design and Insolvent Trust Funds” released this month. 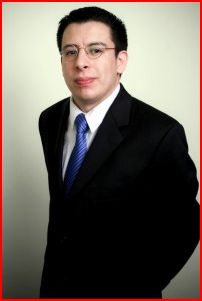 Joseph Henchman of the Tax Foundation.

Henchman, vice president of legal and state projects at the Tax Foundation, said the adverse conditions currently existing within the unemployment insurance programs could be an impetus for reforms, such as experimenting with individual accounts to encourage saving.

“These changes can enhance the program’s ultimate goal of ensuring a viable safety net for transition periods between employment,” he said.

Nevada is one of those states borrowing from the federal government to pay benefits, an amount that totals $773 million so far. Even so, the Nevada Employment Security Council voted earlier this month to recommend against raising the tax next year from its current 2 percent average rate. The taxes are assessed on the first $26,400 of an employees’ wages.

The rate was raised in Nevada for this calendar year to 2 percent from 1.33 percent. Concerns over stifling job creation led to the recommendation to maintain the 2 percent tax rate into next year, even though it means the federal loans won’t be paid off until 2018. The rate will be formally set later this year by the state Employment Security Division.

The Tax Foundation report shows that Nevada was one of nearly 20 states with a healthy trust fund when the national recession began in December 2007. But Nevada’s highest-in-the-nation jobless rate depleted the fund and required the state to borrow from the federal government beginning in October 2009.

Of the 34 states that have borrowed to pay benefits, seven have repaid the loans, either by dipping into general funds or by borrowing instead from the private sector, Henchman said in his report.

The idea of having Nevada borrow money on its own to pay benefits instead of relying on loans from the federal government was considered by the Nevada Legislature but was not pursued.

States have to pay interest on the borrowed federal funds starting this year. Nevada was the only state to get an extension on its $22.5 million interest payment until June 30, 2012, due to the state’s high unemployment rate. Other states had to make their interest payments by Oct. 1 of this year.

In addition to raising taxes on employers, several states have opted to reduce unemployment benefits.

Nevada pays benefits for 26 weeks as do most states, although federal funding has allowed payments to be extended for up to 99 weeks during the recession.

“Lawmakers have an opportunity to take a new look at benefit levels, program requirements, and whether such programs should be expected to accomplish additional fiscal and social policy goals,” Henchman said.

Nevada has not thus far considered reforms to its unemployment insurance program.

The Tax Foundation is a non-profit, non-partisan tax research organization based in Washington, DC.