By Elizabeth Crum, Nevada News Bureau: In a long awaited ruling, the federal nuclear safety agency has said Nevada can close down Yucca Mountain once and for all. Or not.

The Obama administration had asked Congress to zero out the Nuclear Regulatory Commission’s (NRC) work on Yucca as a follow up to the prior  termination of funding at the Department of Energy (DOE) project. The NRC has directed that all project casework be wrapped up by the end of the month.

Sen. Harry Reid said he is happy it is nearly over:

“Today’s decision by the NRC brings the Yucca Mountain saga closer to its final conclusion,” Reid said. “I am pleased that the commission is ready to wrap up all work on Yucca licensing by the end of this month.” 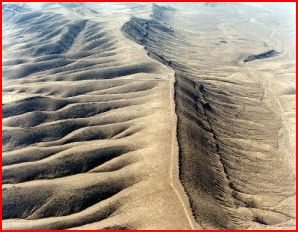 Aerial view of the crest of Yucca Mountain / U.S. Department of Energy photo

But is the nuclear waste storage project really dead? Court cases or actions by Congress and other governmental bodies may yet revive it.

A federal appeals court ruled in July that legal challenges to the Obama administration’s decision to withdraw from developing Yucca Mountain were premature and that no final decision could be made until the NRC acted.

South Carolina, Washington and other petitioners challenged the federal government’s Jan. 2010 decision to withdraw “with prejudice” the DOE application to the NRC. The states argued that withdrawal of the application violated the 1982 Nuclear Waste Policy Act as well as the Administrative Procedure Act and the National Environmental Policy Act.

Chief Judge David Sentelle wrote in the majority opinion for the U.S. Circuit Court of Appeals for the District of Columbia that the petitioners’ fear that the federal government might never find a place to store their nuclear waste was “not unreasonable.”

In a separate opinion, Judge Janice Rogers Brown noted that petitioners might have a valid argument in that NRC may have violated the National Environmental Policy Act by failing to act quickly enough.

The National Association of Regulatory Utility Commissioners, a group of state utility regulators, and the Nuclear Energy Institute, the nuclear industry’s lobbying arm, stand in support of the petitioners and will likely be involved in future lobbying and lawsuits.

The U.S. House of Representatives had voted in July for an energy bill that contained $35 million for Yucca Mountain along with a directive that the NRC and the DOE move forward with the licensing process. A corresponding Senate bill contained no mention of Yucca, and Reid has said there won’t ever be one on his watch.

Closing down Yucca Mountain “once and for all” can happen if the DOE’s license application is denied by NRC and its decision is upheld through a final non-appealable decision rendered by a federal court, or if Congress amends the Nuclear Waste Policy Act and the president signs the legislation.