Renown Health board member recognized with award for trustee excellence 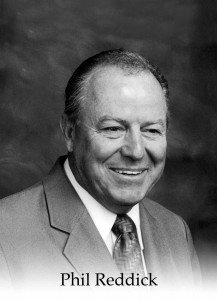 The Award for Trustee Excellence recognizes one urban hospital and one rural hospital trustee who have made an exemplary commitment to their hospital and contributes to improve his/her hospital’s service to its patients and community. Since its establishment, this award has recognized a number of distinguished health care leaders throughout Nevada.

Reddick has served on Renown Health boards for nearly 15 years. During his tenure, he has influenced transformational healthcare reform and increased patient access to care and address the unprecedented, increased needs for healthcare services in our community.

More recently, Reddick was influential in guiding the Renown Health focus on delivering high-quality care and achieving exemplary patient experience, even during an unprecedented and difficult economic environment.

His leadership in the organizational culture of quality at Renown has brought about a number of services. His efforts for the care of children has helped to bring about the establishment of northern Nevada’s only NACHRI-affiliated Children’s Hospital and the only Children’s ER, Children’s Specialty Care, Pediatric ICU and Children’s Infusion Center in the region that caters to pediatric needs. He is also the person that helped raise more than $1 million of financial support towards the Children’s Miracle Network Hospitals (CMNH) at Renown from both the sale of CMNH balloons and proceeds from the Costco golf tournament.

Similarly, making it possible for people in Nevada to have access to quality care here at home; Reddick’s critical, strategic thinking for board development has led to the introduction of new services in the region. Some of those include innovative technologies such as the region’s first and only TomoTherapy cancer radiation system, the first da Vinci Robotic Surgery Program and robotic institute, the first and only Bi-plane Angiography diagnostic system for stroke patients, and the first and only Chest Pain Center using the high-speed D-SPECT heart camera, decreasing the diagnosis time for patients by six times.

“Phil’s talents as a charismatic leader and visionary have contributed to a thoughtful, decisive board of directors, which has created and maintained the trust of the community,” said Jim Miller, president and CEO of Renown Health. “He is a strong voice for improved healthcare and is always an advocate for patients, particularly children. His diplomacy and ability to successfully implement change has been key in Renown’s efforts to ensure that the community’s needs for healthcare are being met.”

The NHA, in partnership with the American Hospital Association (AHA), and HealthInsight, a private, non-profit community based organization dedicated to improving the healthcare systems of Nevada and Utah, also recognized eight Nevada hospitals as recipients of the 2010 HealthInsight Quality Award.