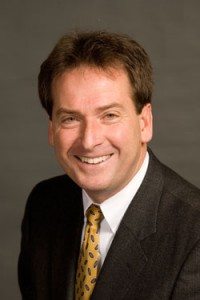 Las Vegas has revolutionized the way Americans have viewed and consumed live entertainment for the better part of 70 years, so it was natural for Clear Channel to choose Las Vegas to celebrate the next generation of radio and serve as the site for the launch of their revolutionary new iHeartRadio digital radio platform. In true Las Vegas style, they did it in a BIG way – showcasing the biggest names in music at the one of the biggest venues in the nation’s biggest entertainment destination city for the iHeartRadio Music Festival.

Tourism is our state’s biggest industry, and over the years it has served as the financial backbone for many of the state’s most crucial services. In fact, Nevada’s six largest private sector employers are casino-hotel operators. The annual taxes and fees paid by Nevada’s resort industry alone account for almost half of the state’s general fund. These resorts are the world class, multi-faceted entertainment destinations that attract millions of people annually to Nevada for everything from events to vacations to business functions.

Many people came to Las Vegas for the iHeartRadio event – the biggest live music festival in radio history. The benefits that this event brought to Nevada’s tourism industry reach far beyond the number of attendees and the amount of money they spent on lodging, transportation, food and entertainment. Since the event was announced in mid July, Clear Channel promoted it online and on 850 radio stations throughout the country. This nationwide promotion, including countless mentions of Las Vegas, will inspire many listeners to visit Nevada – even if they didn’t attend this event.

The massive promotional campaign surrounding the music festival could not have come at a better time for our state. It is no secret that sharp declines in tourism hit Nevadans hard during the recent recession. Today, visitor counts are again on the rise, and promotional activities are helping drive visitors to our state. When comparing June 2010 with June 2011, the volume of visitors to Las Vegas has jumped seven percent. While national economic challenges continue to negatively impact Nevada, the noticeable rise in tourism-related statistics in our state is encouraging.

As the chairman of the Nevada Commission on Tourism, I wish to thank Clear Channel for their promotion of our state as well as all of the artists, attendees and fans who helped to make this a historic event. I am confident that all of the on-air and online promotions will inspire people to make Nevada a destination for future events, vacations and business functions. Simply put, radio has proven to be great for tourism, which means it has been, and will always be, great for Nevada.

NCOT calls on industry partners to support Power of Travel...