By Anne Knowles, Nevada News Bureau: Nevada could take in $16 million less in tax dollars this year due to online sales, according to a new report by the Retail Association of Nevada (RAN).

Sales tax currently accounts for 28.3 percent of the state’s general fund revenue while gaming taxes bring in 23.6 percent. Nevada ranks 11th in the nation in terms of sales tax reliance, according to a Congressional Research Service report, while the state’s maximum sales tax rate, 8.1 percent in Clark County, ranks 20th. 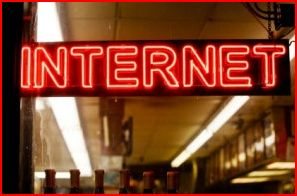 According to RAN, internet sales means Nevada will lose upwards of $16 million in 2011, with other reports estimating as much $100 million lost annually. The Economic Forum forecasts the state will collect about $815.3 million in sales and use tax in 2011.

“As e-commerce becomes increasingly popular, Nevada faces ever greater sales and use tax revenue losses,” said Mary Lau, RAN president, in a statement on the findings. “Current estimates may only predict losses equivalent to 0.5 percent of total sales and use tax collections, but the impacts are certain to grow larger with time.”

Technically, buyers are supposed to pay a use tax with the state for purchases made online, but many consumers are either not aware of the tax or rarely pay it and is almost impossible for the tax department to monitor.

“It’s an odd tax, because the costs of compliance are actually higher than the costs of evasion,” said Geoff Lawrence, deputy director of policy at Nevada Policy Research Institute in Las Vegas.  “One alternative could be to require online retailers to email shoppers at the end of each year with their total purchase amount throughout the year and informing them of their total use tax liability, directing them to remit the use tax directly to the Nevada Department of Taxation.  An alternative like this would get around many problems while still protecting the privacy of individuals.”

Lawrence said states have no authority to collect sales tax from entities that have no physical presence in the state.

A bill amendment to tax online retailers failed during the 2011 Nevada legislative session.

Nevada is a member of the Streamlined Sales Tax Governing Board, a national effort to reduce the complexity of sales tax compliance so online retailers could be required to charge state sales on their goods sold.