November’s CANFEST begins to get awesome 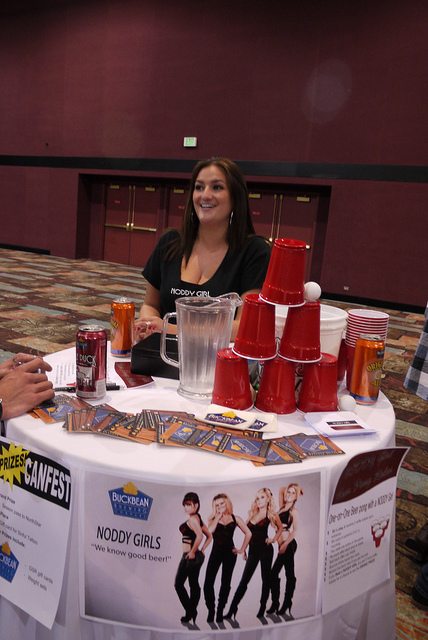 CANFEST, the world’s first international canned beer festival, is bringing the can back in style, proving to consumers that some of the world’s most unique combinations of hops and malts are now available in a new generation of canned beer.

CANFEST will showcase an alluring variety of canned beers in the Reno Ballroom for the third consecutive year on November 12. Tickets are on sale for the event now.

With each $25 ticket, attendees will receive unlimited tastings from a diverse collection of brewers including Big Sky Brewing Co., Oskar Blues Brewery, Anderson Valley Brewing Co., Tallgrass Brewing Co., Santa Fe Brewing Co., and many more. Many brews sampled at the event are unavailable in the immediate Western region of the U.S.

“CANFEST provides beer enthusiasts opportunities to taste anything from a Montana pale ale, Colorado traditional pilsner, and West Coast unfiltered Porters, all in one place,” said Doug Booth, co-founder of Buckbean Brewing, organizer of the event. “Once people see the variety available in cans, their perception of canned beer will never be the same.”

Buckbean Brewing, the largest production microbrewery in Western Nevada, founded CANFEST in 2008 to celebrate the benefits of canning beer. Long regarded as a symbol of inferior beer, the can has come into its own in recent years as beer drinkers realize that cans offer superior protection from sunlight and oxygen infiltration, and the containers are much more portable and environmentally friendly than their glass counterpart. In 2002, the first microbrewery began canning craft beer; today over 130 breweries can at least one of their beers, according to the CraftCans.com database.

Tickets purchased online prior to the event are $25. As an incentive to buy early, if you purchase before October 13 it’s automatically a VIP ticket, no price difference.  A VIP ticket to the only international canned beer festival in the world allows guests to enter the festival one hour early, where you can participate in Mutineer magazine’s VIP hour, and sample the wide collection of brews before general ticket holders.  To purchase tickets online visit Ticketmaster.com or the Silver Legacy’s onsite box office.