By Anne Knowles, Nevada News Bureau: If you’re spending Labor Day weekend in rural Nevada, beware. Drivers are more than twice as likely to die in a car crash on a rural road than on other roads throughout the state. 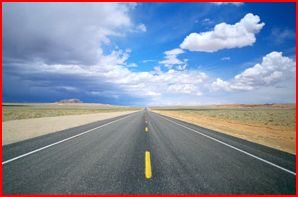 In 2009, the fatality rate on Nevada’s rural roads was 2.33 deaths per 100 million vehicle miles traveled, compared to .98 deaths on other roads in the state, according to a new report by TRIP, a Washington, D.C.-based group.

That statistic places Nevada 19th among all states. The state fared better than the nation as a whole, which had about three times as many fatalities on its rural roads.

According to the Nevada Department of Transportation (NDOT), most fatal accidents on Nevada’s rural roads involve single vehicles running off the road.

“Problem in Nevada is we have very wide open spaces,” said Scott Magruder, public information officer for NDOT.  “A lot of people fall asleep, or are on their cell phone, and they drift off the road.”

To help combat that, NDOT has installed centerline rumble strips – grooving on the road that alerts drivers when they have drifted – on about 2,000 miles of road over the last several years, said Magruder.

Many drivers in fatalities are not wearing seat belts, he says, so it’s also a matter of promoting safe driving rules.

Magruder thinks a new law that bars phone texting while driving will help, too. The law goes into effect Jan, 1, 2012.

Nevada also had one of the lowest numbers of fatalities with 73 deaths on rural roads and 243 on other roads for a total of 316 in 2009. Only nine other states and the District of Columbia had fewer road fatalities.