By Sean Whaley, Nevada News Bureau: Nevada finds itself at the bottom of another economic analysis, this one related to entrepreneurial activity.

The State Entrepreneurship Index, a nationwide analysis and ranking system that shows how states compare in areas of business formation, patents and related activities, shows Nevada dropping a major 40 spots, from 7th in 2008 to 47 in the newest rankings released in July but using mostly 2010 data.

The index was developed by economists at the University of Nebraska-Lincoln’s Bureau of Business Research and Department of Economics.

A state index for each component is assigned based on how much each state’s performance is above or below the average of all state data, which has a value of 1.

Tops in the rankings is New York with a score of 2.34. New York also ranked first in the 2008 analysis. Washington was second, up one spot, followed by Massachusetts, which rose six places.

Nevada’s score was 0.33, beating out Mississippi at 48, Arizona at 49 and South Carolina in last place at 50. No state dropped more than Nevada in the analysis.

Eric Thompson, associate professor of economics and director of the Bureau of Business Research at the university, said Nevada performed poorly in three categories, generating the large drop in rankings. 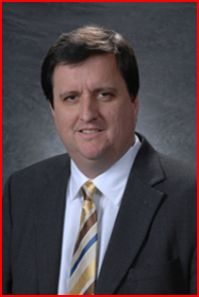 Eric Thompson, associate professor of economics and director of the Bureau of Business Research at University of Nebraska-Lincoln

“Between the 2008 version of our index and the 2010 version of our index Nevada saw a large decline in the establishment growth rate, both in absolute and per capita sense, and also a decline in the gross receipts per proprietor indicator,” he said. “So three of the five indicators fell pretty substantially. That was the reason for Nevada’s drop.”

The index is in marked contrast to a different entrepreneurial index released in March, but Thompson said the reports are compatible.

Nevada and Georgia tied as the two states with the highest entrepreneurial activity rates in the country in the “Kauffman Index of Entrepreneurial Activity,” a leading indicator of new business creation in the United States.

“They focus on starts per capita, and actually, on that measure, Nevada did do pretty well,” Thompson said. “You were 8th in 2008 among all the states and you were 10th in 2010. So I think the two results are very consistent.”

Despite the results, Thompson said he is optimistic for Nevada’s future.

“I think your economy is going to be back, and back in a big way,” he said.

Eric Thompson, associate professor of economics and director of the Bureau of Business Research at the University of Nebraska-Lincoln, says three of the five indicators fell dramatically in Nevada, accounting for the decline in rankings:

Thompson says the university’s index is consistent with the Kauffman Index despite the different results: