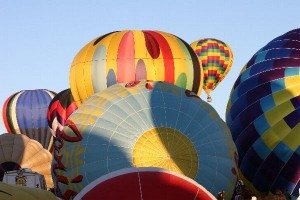 The Great Reno Balloon Race, set for Sept. 9, 10 and 11 at Rancho San Rafael Regional Park, will be free to the public for its 30th year thanks to widespread community support and generous sponsors. Spectators will see some of their favorite special-shape balloons as many well-known sponsors return for another exciting year.

“This event simply wouldn’t happen without the support of all of our sponsors,” Pete Copeland, Sponsorship Chair on the Board of Trustees and newly appointed Executive Director, said. “We are so grateful for the incredible support we’ve received from local businesses, even in a down economy.”

AmeriGas has been the official propane supplier since the first Balloon Race in 1982, but signed up as a Major Sponsor this year, providing all the fuel to make this event take flight. All of the propane, which has consistently been one of the event’s largest operating expenses, is being donated by AmeriGas.

Other new Major Sponsors (valued at $10,000 or more) include Nevada Commission on Tourism, Raley’s and Barefoot Bubbly, who increased their sponsorship this year.

As a Balloon Race Major Sponsor for more than two decades, the Wilbur May Foundation is returning and will continue its partnership with the Children’s Cabinet, to continue its tradition of providing tethered rides to children at the event. This year’s tethered balloon rides will take place in Betty Jean, the brand-new butterfly balloon, and Hopper T. Frog.

Balloon Race officials are also excited to announce this year’s new Silver Sponsors ($5,000): Macy’s, Pepsi Co. and Energy Systems. National Championship Air Races and Del Taco are also returning to the event as Silver Sponsors this year.  In addition, there are approximately 50 balloon sponsorships confirmed, ranging from corporate to one-day.

The Great Reno Balloon Race would not be possible without the generous support of these community businesses. For more information about the Balloon Race and becoming a sponsor, visit www.renoballoon.com or call (775) 826-1181.