City of Reno promotes from within for assistant city manager 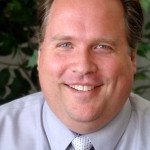 The city of Reno has appointed Kevin Knutson as assistant city manager. He will be responsible for the oversight of administrative and intergovernmental services, as well as neighborhood services, community resources and public information.

Knutson has served as the director of the Office and Management and as the director of community relations for the city of Reno. He has been employed with the city since January 2008. Recently, Knutson filled in as the interim city manager, serving from March until June, when Andrew Clinger was hired to fill the position.

“Kevin did an excellent job serving as interim city manager and played an integral role in working with our labor groups to reach concessions that benefited our community and organization,” said Clinger. “He has helped me immensely during my first few weeks making sure there was a smooth transition. Kevin’s experience, expertise and commitment to serving the community will be an asset to our management team.”

Before joining the city of Reno, Knutson served in numerous positions over 17 years for the city of Coral Springs, Florida, including the director of communications and marketing and the budget and strategic planning manager.

Last month, he received the Credentialed Manager designation from the International City/County Management Association and is now one of over 1,000 local government management professionals currently credentialed through the ICMA. He recently attended the Senior Executive in State and Local Government program at the John F. Kennedy School of Government at Harvard and has also attended the Center for Creative Leadership and the Advance Government Finance Institute at the University of Wisconsin-Madison.