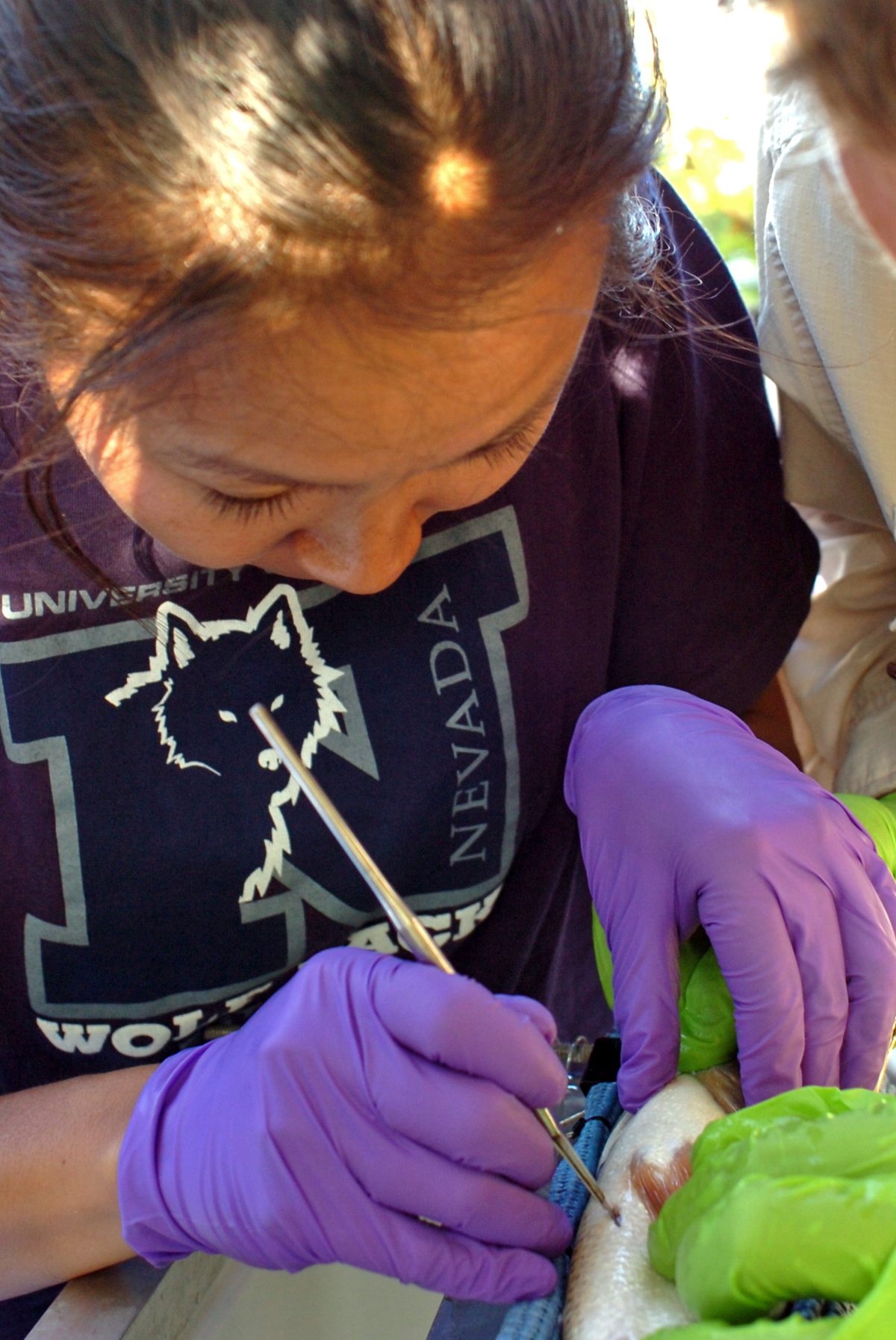 A new invasive species has been identified at Lake Tahoe, and it’s likely to be the most aggressive fish to ply the waters of the mile-high lake.

“In our work to remove warm-water fish from Lake Tahoe, we’ve discovered smallmouth bass, a much more ferocious predator than other species known to have invaded the lake,” Sudeep Chandra, limnologist at the University of Nevada, Reno said.  The removal work is being coordinated by the California Department of Fish and Game as part of the Lake Tahoe Aquatic Invasive Species Program and funded in part by the U.S. Fish and Wildlife Service.

“As of today the California Fish and Game has removed more than 5,000 invasive fish from the nearshore zone around the lake in an effort to eradicate the unwanted fish and make room for natives to flourish,” Chandra said.

“The population could explode and put more stress on the native fish population,” Kevin Thomas, an environmental scientist with the California Department of Fish and Game, said. “We’ve had reports of smallmouth bass before, but now we’ve 100-percent confirmed its presence in Lake Tahoe.”

“Our goal is to remove as many warm-water fish as possible from specific areas,” Thomas said. “Work will continue this year through October and again next year from May to October, with plans for future removal, if funding allows.”

The smallmouth bass, found in the nearshore zone not only consumes food needed by native fish, it would aggressively feed on natives such as redsides, dace, suckers, and chubs. In a report to the Tahoe Regional Planning Agency, Chandra and his collaborators already documents a 58 percent decline in native fishes from historical periods. Thus, this fish could significantly reduce native biodiversity and alter the ecological structure of Lake Tahoe.

“Research from our colleagues from Miami University in Ohio, suggest that decreased ultraviolet radiation is one of the major factors in the changes that make it easier for invasive species to proliferate, including fish, plants and mollusks,” Chandra said.

The study found that the non-native fishes’ lower tolerance to ultraviolet radiation may enable young fish to survive in the nearshore areas where clarity is degraded in comparison to the majority of the lake where UV transparency is high, making it undesirable for nonnative fish.

To get an objective, quantifiable measure of clarity or turbidity, members of Chandra’s team from Miami University in Ohio used a UV radiometer to measure the intensity of the light in the nearshore zone at 28 locations. Eleven of those nearshore sites were identified as having a high potential for improvement, so Chandra and his team propose that TRPA and other agencies concentrate efforts there first with the goal of threshold attainment.

“We need to develop ecologically relevant metrics to assess the nearshore fishery,” Chandra said. “One of those metrics should be ultraviolet radiation exposure, and a new TRPA threshold can be developed for it, the Ultraviolet Attainment Threshold, which would minimize susceptibility to aquatic invaders.”

The UVAT would have a target value for water clarity based on surface UV exposure during peak spawning season, and experimentally derived UV exposure levels lethal to larval warmwater fish. UV measurements would be used rather than rely on the secchi dish, invented in 1865, as a means for obtaining objective, relevant data.

“This UV value can be easily measured and monitored with a profiling UV radiometer or modeled from water samples analyzed for transparency in the lab with a spectrophotometer, and used to manage nearshore waters,” Chandra said.

“We hope that our recommendations will assist in preserving nearshore native fish populations, increasing the cost effectiveness of eradication efforts of invasive warmwater species, and inform mitigation efforts to increase water clarity at compromised sites around Lake Tahoe,” Chandra reported in his presentation to agency officials. “Given the potentially high cost of a full scale warmwater fish invasion any expense to implement these largely preventative measures is money well spent.”

Chandra and his team completed the “Nearshore Indicators for Clarity, Habitat and Ecological Sustainability; Development of Nearshore Fish Indicators for Lake Tahoe” study for the Pacific Southwest Research Station of the USDA Forest Service and the Nevada State Lands Division, both of which funded the research.