When a Renoite leaves the country, part 7 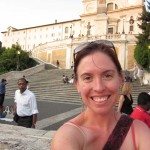 On a trip to Tarquinia, Italy last Sunday, a classmate told me that she wants to avoid getting lost at any cost. While her desire to avoid the situation is understandable, the strength of her tone surprised me. It was in the same realm of, “I don’t want this person to die.” Getting lost is not a death of a loved one and is one of the things that make traveling fantastic.

The day before, I went on a trip organized by USAC to Assissi and Perugia. At the end of the afternoon in Perugia, our group met with the leader and began the walk back to the train station. I was in the back of the group, chatting with a few other American students while I eavesdropped on the Polish and German students who joined us that day. After a few turns, we realized we no longer saw our group leader. We attempted to guess their direction but did not have any success. After climbing a few steep hills, we found ourselves where we started.

One of the Polish students called her friend who was with the rest of the group. I assumed she was getting directions. When we realized she wasn’t, we approached a small group of people around our age and those who are more proficient in Italian asked for directions. After five minutes of discussion, the people saw that we were still confused and offered to walk us to the station. As we followed them, I started laughing about our situation to another student.

“This is one of the reasons I travel,” I told her. “It makes the best memories.”

Perhaps it is because I have been lost in more dire situations in the past when my safety was in question. Even though it turned out well, I learned my lesson that night in Switzerland. Perhaps it is because cell phones make it easier to find our way. However, the idea of not knowing where I am no longer scares me. 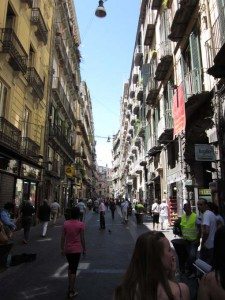 Unknown street in Naples (I was lost here too)

Getting lost while traveling teaches one how to communicate when they otherwise wouldn’t. It forces us to pull out our phrase book, approach a stranger, smile, and ask for directions. If we are lucky, they speak slowly and return our smile. And sometimes, when they cannot help us, they find others who can.

I leave for Siena and Florence this afternoon. It will be the first time I will navigate Trenitalia for an excursion and not just to get from the airport to my destination. Unlike my arrival in Viterbo when I relied on the kindness of strangers to help me find my hotel, I have directions on how to get the train station to my hostel.  And while I don’t anticipate any major fiascos, I suspect I will look up at one point and not know where I am.

I hope I am as easy going about it as I was in Perugia last Saturday. 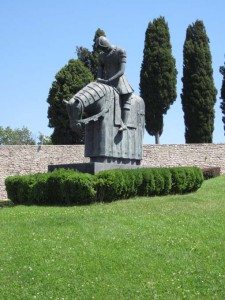