State Transportation Board votes for more oversight and transparency of agency

by Sean Whaley, Nevada News Bureau: Members of the state Transportation Board, including Gov. Brian Sandoval, voted today to extend their oversight of the activities of the Department of Transportation, a move that will require more frequent meetings and more timely review of contracts. 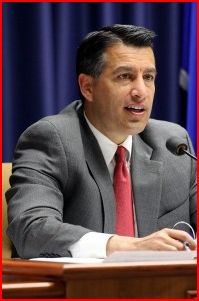 The seven-member board, which also includes Lt. Gov. Brian Krolicki, Attorney General Catherine Cortez Masto, Controller Kim Wallin and three public members, now meets only quarterly and does not exercise authority over any contracts or agreements for services entered into by the agency.

Instead, department Director Susan Martinovich has been approving the items and reporting the actions to the board for information purposes only.

The five members of the board present for today’s meeting voted for the change, which will take effect in October.

Board member Frank Martin said he has been concerned for the two years he has served on the board that there was not enough oversight on such matters, and he supported the change.

Sandoval said the change was necessary.

“I was concerned to see that there were a large volume, if not all contracts, that were basically provided to this board on an informational basis only,” he said. “And now this board will be considering the supermajority of contracts.

“The public will have the ability to review these contracts as well and have input,” Sandoval said.

As part of the new rules, the board then voted to approve 116 agreements entered into by the department with various firms and individuals between March 1 and May 31. In the future, the agreements will be approved on a timelier basis. 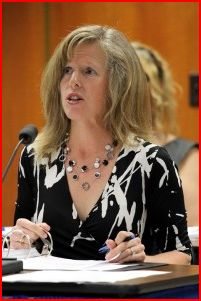 The Department of Transportation is also providing access to the board meetings now via the internet.

“So it’s a new day,” Sandoval said. “And I’m very, very pleased and very optimistic, to use that word again, about the ability of the public to have access to how government works.”

Gov. Brian Sandoval says most contracts will now be reviewed and approved by the Transportation Board:

Sandoval says the public will have the chance to review the contracts as well:

Sandoval says it is a new day for transparency at NDOT: