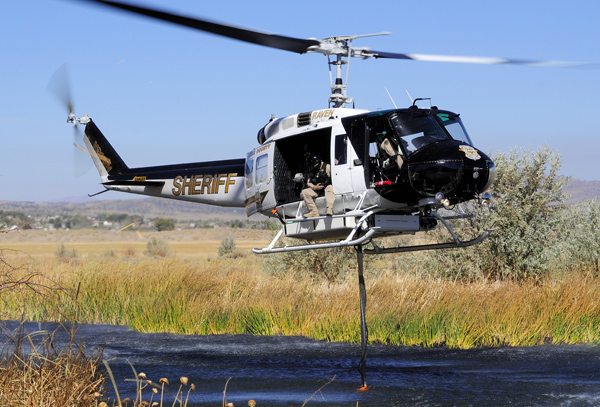 The Washoe County Sheriff’s Office is proud to announce that on Wednesday, July 6, 2011, the RAVEN program received a Letter of Authorization to fly fire suppression missions on Department of Interior lands. This letter allows the RAVEN 3 Huey helicopter to drop water on wild land fires on BLM land. The authorization was sought in order to fully take part in the initial attack of wild land fires in our region and to further our support and partnership with the community.

This approval and authorization came after a thorough and rigorous inspection of the helicopter, maintenance program and pilots. The passing of these inspections and ultimately the approval to fly in cooperation with our federal partners greatly increases the availability of initial attack resources in Washoe County.

This approval or “Carding” was received just in time to assist with what has been predicted to be a busy fire season and at a time when other local resources are limited.