by Sean Whaley, Nevada News Bureau: The Nevada Supreme Court today upheld a lower court decision saying that Democrat and Republican party officials should pick their candidates to run in a special election to fill a vacancy in Congressional District 2.

The 6-1 ruling rejected a finding by Democrat Secretary of State Ross Miller that multiple major party candidates could file to run for the vacancy created with the appointment of Dean Heller to the U.S. Senate, a situation Miller called a “ballot royale.” 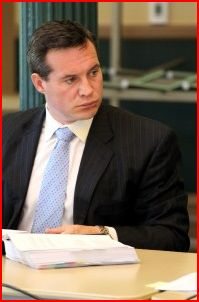 The ruling was a win for the Nevada State Republican Party, which argued it should pick its candidate to run to fill Heller’s seat. Republicans were concerned that if multiple Republicans could run in the special election set for Sept. 13, the contest would favor Democrats.

Democrats have never won the seat, created by the Nevada Legislature in 1981.

“While this court might typically defer to a Secretary of State’s interpretation of an ambiguous election statute, when the Secretary of State fails to follow (a state law) mandate to adopt regulations for conducting a special election to fill a vacancy in Nevada’s representation in the United States House of Representatives, and instead relies on the May 2, 2011, official interpretation process, such deference is inappropriate,” the court majority said.

Justice Michael Cherry dissented, saying he would defer to Miller’s judgment in the matter.

Miller said in response to the ruling: “I appreciate the Supreme Court’s expedited deliberation in this case. The justices have issued a well-reasoned opinion that allows my office to move forward with the important business of conducting a special election to fill the vacancy in the U.S. House of Representatives.”