by Sean Whaley, Nevada News Bureau: Nevada has a new weapon in the fight against problem gambling.

The new plan is timely, since it comes out as Gov. Brian Sandoval and the Legislature cut funding for the program by half for the next two years due to the state’s budget problems.

But it could have been much worse, said Grants Unit Manager Laurie Olson, who oversees the program. The previous governor, Jim Gibbons, had proposed in his budget eliminating funding for the program entirely. Sandoval restored $1 of the $2 assessment per slot machine in his budget to support the problem gambling fight, she said.

Because of the funding reductions, the first two years of the plan include a number of cost containment measures necessary to operate a problem gambling treatment system on a significantly reduced budget.

The strategic plan was developed with input from problem gambling treatment stakeholders within Nevada, evidenced-based practices from the field at-large, and expert analysis. The guiding principles in the creation of the plan were to respond to changing funding conditions, utilize existing assets, ensure that evidence-based practices drive the system, and promote system efficiency and quality of care.

Nevada has one of the highest rates of problem and pathological gambling in the country, with an estimated 68,000 adult Nevadans meeting the criteria for pathological gambling. For each problem gambler, many others can be affected, such as spouses and children, the plan says.

The plan was prepared by the Advisory Committee on Problem Gambling (ACPG), which operates through the Nevada Department of Health and Human Services.

Bill Eadington, professor of economics and director of the Institute for the Study of Gambling and Commercial Gaming at the University of Nevada, Reno, is chairman of the committee, first formed in 2005. 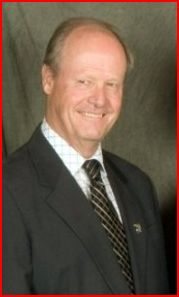 “We understand why the cutbacks have occurred,” he said. “We were actually quite happy that the Legislature did not withdraw funds altogether. We feel that much of the infrastructure that we’ve invested in and developed at this point is of significant value. It would be very hard to replace if it went out of existence.

“The bad news is that we have not been able to fully fund both the treatment activities that we’ve been pursing as well as all the other areas such as prevention, training, et cetera,” Eadington said.

Olson said there is no money in the coming two years for prevention, which can help head off problems for gamblers before they impact families, work and the criminal justice system.

Grants for treatment, prevention and other programs totaled $1.5 million in fiscal year 2008-2009, but the state’s budget problems will reduce this to $727,000 this year and $737,000 next year. Virtually all the money is going to treatment. The intent is to restore the funding to $2 per slot machine in two years if the economy recovers.

In fiscal year 2009, 660 Nevadans received state-subsidized gambling treatment services. For the fiscal year that just ended, just 307 clients were projected to receive services because of reduced funding, according to financial information provided by Olson.

Olson said she is especially pleased that all of the treatment providers came to the table to collaborate on how best to provide services given the reduced funding.

“There was very little dissension,” she said.

Eadington referenced a study by Bo Bernhard, associate professor in the Departments of Sociology and Hotel Management at UNLV, released in October 2010, which evaluated the effectiveness of the treatment programs.

“Participants indicated that these programs helped to increase their confidence, empower them, give them the strength to avoid gambling, and in many cases, saved their lives,” the report’s executive summary said in part.

“This is an issue where we’re never going to be able to solve the entire problem,” Eadington said. “But we can certainly make a difference for those people fortunate enough to get into treatment and who respond to it.”

Jeff Marotta, president and senior consultant for Problem Gambling Solutions Inc. and a consultant to Nevada’s state-funded problem gambling treatment program, called the adoption of the five-year plan a significant move forward. But a lot of compromises had to be made, he said.

The group would have liked to see the establishment of another residential gambling treatment center in Las Vegas, but could not afford to do so, Marotta said. The group wanted more treatment capacity than funding would allow, and it was unable to support workforce development and outreach, he said. An ideal program would contain all these multiple elements, Marotta said.

“However, where the concern really comes in, is, without the other components of the system being either funded at all or adequately funded, it raises concerns that Nevada is not going to be able to do as good as a job as it really needs to, I think, to reduce gambling related harm,” he said.

“That’s what really, from a national perspective, stands out here, is when other states are increasing their funds toward problem gambling services Nevada is reducing it,” Marotta said.

Eadington said treating problem gambling is not an area the state should sell short, given its leadership in the casino gaming industry worldwide.

“It’s obviously the most important, unintended, negative consequence associated with legalizing casinos and gambling in general and it’s one that we historically had to some extent put our heads in the sand and pretended it was not an issue of any importance or relevance for Nevada,” he said.

Reno economics professor Bill Eadington says the council understands the need for the cutbacks, but that the funding made available is preserving valuable infrastructure:

Eadington says the bad news is the state could not fully fund other important elements in the fight against problem gambling:

Eadington says a study shows treatment has made a dramatic difference in peoples’ lives:

Problem gambling consultant Jeff Marotta says without the other components being funded, Nevada is not doing all it should do to fight the problem: