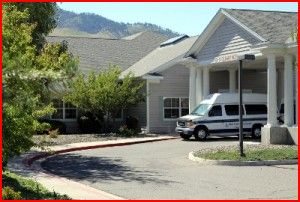 Gov. Brian Sandoval originally proposed a cut in the reimbursement rate of $20 per Medicaid patient per day for the state’s four dozen free-standing skilled nursing facilities, but the final budget deal resulted in only a $5 per day reduction. Even so, Mathis said the reimbursement rate has now grown to about $19 a day below actual cost.

“We’re happy that it ended at $5, not $20, but still, for an industry that hasn’t had a rate increase for Medicaid in 10 years, this is going to have some negative impact,” he said.

At the $20 per day cut initially proposed by Sandoval, the industry estimated that as many as five facilities would close, reducing access to skilled nursing beds by Nevada’s elderly.

Charles Duarte, administrator of the Nevada Division of Health Care Financing and Policy, which manages the state Medicaid program, said 34 nursing facilities are appealing their reimbursement rates and so he could not comment on their concerns.

Mathis said the industry is only expecting further cuts as a result of any agreement at the national level to address the federal deficit. Because of the uncertainty over Medicare and Medicaid funding at the federal level, Nevada’s skilled nursing facility operators are in a wait and see mode as to what they will do in response, he said.

“Until providers know exactly what the rate is going to be I doubt there (are) going to be any announcements or change of programming right now,” Mathis said.

The federal debt discussions refer to reductions in entitlement programs, but that translates to cuts in services to the elderly and disabled, he said.

Duarte said the federal discussions have included a possible reduction in federal reimbursement rates through a provider tax levied in Nevada on the skilled nursing facilities, but the indications were it would not happen right away.

“The discussion I’ve heard is that that won’t happen for perhaps as long as five years,” he said. “That it will start being ratcheted down. But of course we’re not privy to the latest information coming out of Washington, so there may be other things that are being discussed that have more dramatic and immediate impacts on not just nursing homes but provider payments.”

One of those is a potential change in the Federal Medical Assistance Percentages (FMAP) that provides matching funds for state Medicaid programs. The match rate for each state is based on average household income.

If the rate is adjusted it will be to achieve budget savings at the federal level, which would likely result in more program costs being passed onto the states, Duarte said.

The National Governor’s Association has sent a letter expressing concerns to the president and Congress that costs will be shifted to the states as the result of any Medicaid cuts that are part of a deficit deal.

Mathis says Nevada skilled nursing facilities are waiting to see what a federal deficit deal will mean to the industry:

Charles Duarte, administrator of the Nevada Division of Health Care Financing and Policy, says some federal cuts that are part of a deficit deal may not take effect right away:

Duarte says there is a concern that a federal deficit deal will pass costs on to the states: