by Sean Whaley, Nevada News Bureau: Last year Gov. Brian Sandoval was pleased to display a copy of Chief Executive magazine in which Nevada ranked 5th best among the states as a place to do business based on a survey of more than 600 chief executive officers.

Nevada’s ranking has since fallen to 10th but remained in the Top 10 this year.

More recently, however, CNBC scored all 50 states on 10 categories of competitiveness, including the cost of doing business, workforce and quality of life. Nevada found itself wanting in the review, placing 45th in the analysis.

Such studies come out on a fairly regular basis, some rating Nevada highly and others giving the state poor marks.

So who is right?

Jeremy Aguero, a principal analyst with Las Vegas-based Applied Analysis, a financial advisory and economic consulting firm, says that while he appreciates the effort put into the studies, he doesn’t see the reports as overly useful. 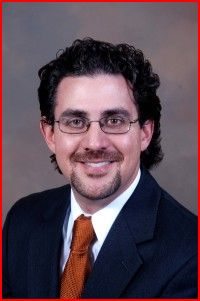 “We don’t spend a whole lot of time on them, nor do we see them as being remarkably valid or important to the process,” he said. “Economic development, like anything else to most business people, is a consideration that must be unique to them.”

Multiple factors from tax structure to the ability to move goods play important roles in such decisions for businesses based on what their companies do, Aguero said.

“So this idea that you can sort of paint the economy with a broad brush I don’t think is very fair or very helpful,” he said.

Lisa Mayo-DeRiso of Las Vegas, who assists people seeking to start new companies and invest in Southern Nevada businesses, said the truth of the divergent studies is likely somewhere in the middle.

“Do you meet up with somebody who is very positive and has a great attitude about Las Vegas, or do you run into people that maybe don’t have as positive an attitude,” she said. “I think a lot of it depends on what conversations you have as you look at doing your due diligence.”

One new and innovative business, Blue Oasis Pure Shrimp, is growing shrimp in Southern Nevada to produce a locally grown, healthy product to provide to the hotel industry. The 40 million tourists who visit Las Vegas each year consume 22 million pounds of shrimp, she said.

“Now you are meeting demand and you are creating jobs to meet that demand,” she said. 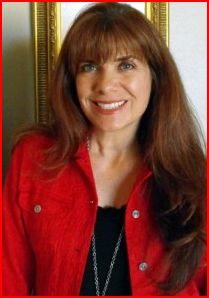 Mayo-DeRiso said certain industries make a lot of sense for Southern Nevada. Medical facilities and medical tourism, for example, have great potential because the area is so under served in this area, she said.

Having worked on several business relocations that took as many as seven years to conclude, it is clear that bringing in a company is a time-consuming process that can’t be accomplished quickly, Mayo-DeRiso said.

“If anybody tells you you can move an industry here in a year, or two years, they’re crazy,” she said.

Mayo-DeRiso is upbeat about Las Vegas.

“I think everybody has to have a positive attitude, all the way from the governor all the way down to the people that give out land entitlements or work with people on leasing space and so forth,” she said.

Guy Hobbs of Hobbs, Ong & Associates, a Las Vegas consulting firm, agreed that the studies don’t have a lot of value in helping with the state’s diversification efforts.

He noted the executive survey ranked the states in three general areas: taxation and regulation, quality of workforce and living environment, while the CNBC analysis measured 10 categories, including education, where we placed 50th. 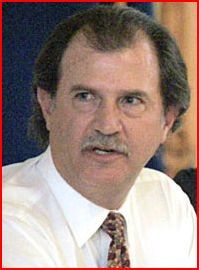 “So I think it’s kind of hard to look at either one of these and take them too seriously,” he said. “When you look at just taxation and regulation, which is, I think, the area in which most of this comes up, yes, we’re probably one of the better environments in the entire country from a tax and regulatory standpoint or business friendliness standpoint, no question about that.”

This factor alone has not resulted in comprehensive economic diversification in the state, however, Hobbs said.

Nevada’s current climate, with its loss of much of the construction segment of the economy, does give policymakers a chance to try some new ideas, he said. But leaders need to assess what the state’s specific advantages are that can then be marketed globally to attract new business, he said.

“Effectively we have an opportunity to reinvent what we hope our economy will be, and that’s more than just talking about economic development and diversification,” Hobbs said. “You have to make a commitment to it, and evidence that commitment by the policy actions that are taken.”

Aguero said many businesses have voted with their feet, and it is not a coincidence that Nevada led the nation in employment growth and new business formation over the better part of the last 20 years, the great recession notwithstanding.

“That is the greater measure than merely a set of statistics that may or may not accurately reflect the considerations of individual business,” he said. “The fundamental question I think for us as a community is will the strength that we have play toward the areas that we want to develop economically, from an economic development or diversity standpoint.

“If the answer to that question isn’t yes, then we need to make some changes and go for it,” Aguero said. “But I think it would be economically disastrous to try and be everything to everyone.”

Jeremy Aguero says the analyses are not particularly important to the economic development process:

Aguero says painting the economy with a broad brush is not helpful:

Aguero says Nevada can’t be everything to everyone:

Lisa Mayo-DeRiso says views of Las Vegas as a business choice depend on who you interact with:

Mayo-DeRiso says everyone needs to have a positive attitude:

Guy Hobbs says it is hard to take either assessment too seriously:

Hobbs says Nevada has a chance to reinvent its economy: