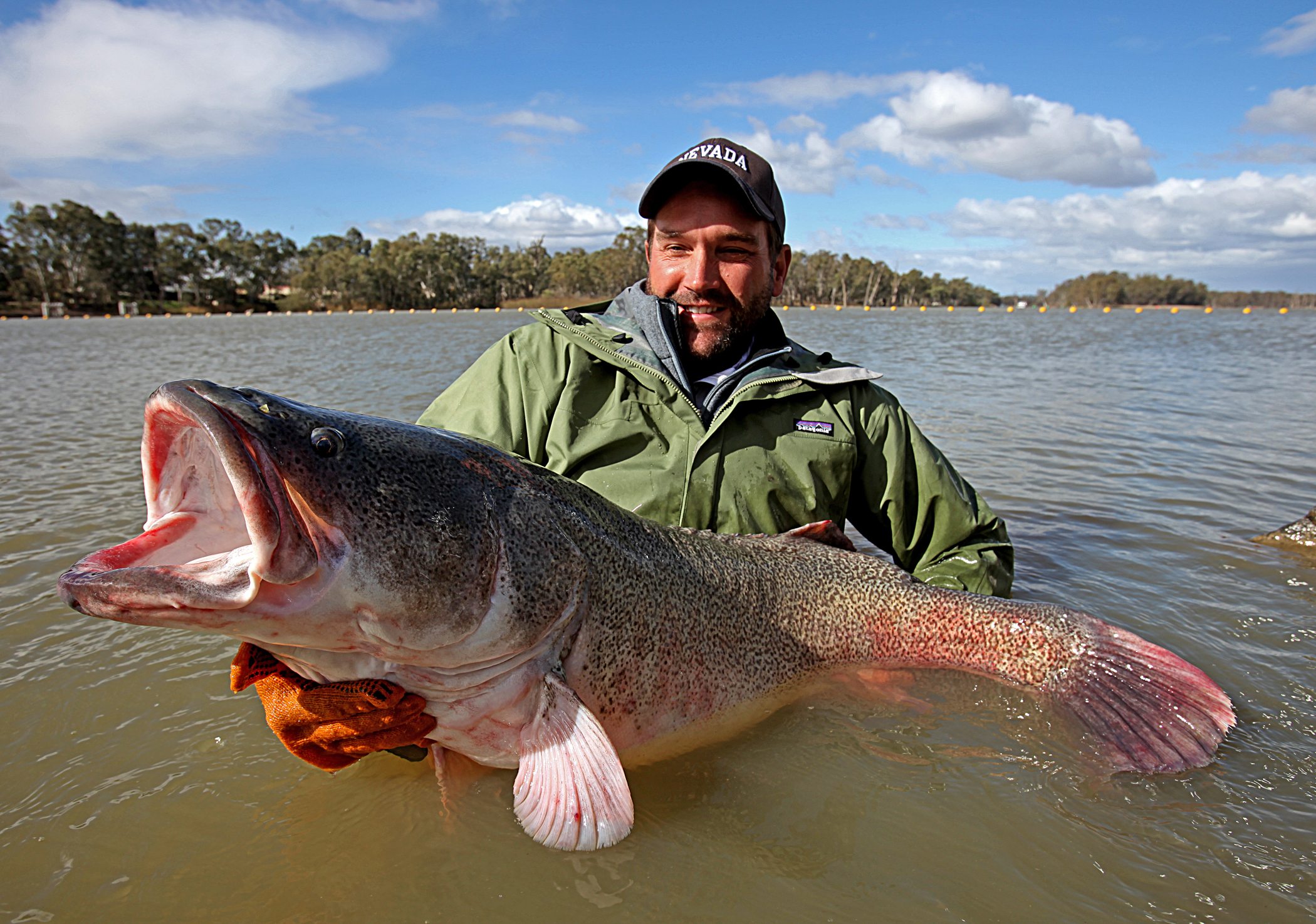 Real life scary fish, huge freshwater fish said to feed on humans, may harken thoughts of the Jaws and Piranha movies that are said to have created irrational fears of water and the creatures that live there.

“Lack of knowledge about these fish and their murky underwater world reinforces those fears, because often we fear what we don’t understand,” Zeb Hogan, conservation biologist from the University of Nevada, Reno and host of the National Geographic Channel television series Monster Fish, said. “As part of our research, we find out the truth about these fish.”

Hogan has heard plenty of stories, such as The River Devil, a giant catfish in India that scavenges the remains of funerals pyres (and snatches the occasional bather), or 8-foot-long eels so large and aggressive that they chase SCUBA divers out of the water in New Zealand. He’s also studied dinosaur-sized stingray and sawfish capable of delivering horrific wounds. But what is the truth about these fish?

These fish are “megafish,” freshwater giants that live in lakes and rivers, that are more than 200 pounds and six feet long, some reaching 23-feet in length. The stories come from around the world and Hogan will shed light on some of these stories in the new season of Monster Fish episodes on the National Geographic Channel this summer, starting Friday, July 8, with new shows airing through August.

To uncover the truths about monster fish, Hogan, also recently named a National Geographic Fellow, has spent the past five years in the field – and underwater – on six continents to meet and study these fish on their own terms. His goal: to find,  study and preserve the largest freshwater fish and also to investigate some of the most outrageous of all fish folklore and determine whether they are fact or fiction.

“There is the impression out there that a lot of these fish are dangerous, but in reality, few of them are dangerous and most of them are endangered,” Hogan, said.  “One of the purposes of the Monster Fish show is to find out the truth and the science behind the river monsters and some of the misleading stories out there. This helps our main objective: protecting the fish from overfishing, habitat destruction and invasive species.”

He swims with these “man-eaters,” and investigates the misconceptions about the mysterious fish. His research and travels around the globe have been chronicled on the television series Monster Fish on the National Geographic Channel since 2006, with seven new shows debuting this summer in the United States. The new episodes began airing in Europe and Asia this spring.

In the first of this season’s new shows, Predators of the Outback, Hogan visits the Australian Outback, where the dry season leaves five top predators– bull sharks, freshwater and saltwater crocodiles, stingrays and sawfish – stranded in waterholes with limited food supplies.

Predators begins at 9 p.m. on July 8. It is bookended by two previous shows, Monster Fish of the Amazon at 8 p.m. and Flying Carp at 10 p.m.

Other shows in the line-up are:

Monster Fish: Giant Eels; Friday, July 15, 2011, at 10 p.m. EDT/PDT
The giant eel is a massive, flesh-eating, wall-climbing, air-absorbing, snakelike fish that can attack like a crocodile and live upwards of 100 years. So, of course, Zeb goes in search of two of the largest species, one in New Zealand, the longfin eel, and the other in the Solomon Islands, the elusive giant mottled eel.

Monster Fish: Australian River King; Friday, July 22, 2011, at 10 p.m. EDT/PDT
The Murray cod can grow up to 6 feet long and weigh more than 250 pounds, and is rumored to eat everything from birds to snakes to possums — even its own kind. But humans have been encroaching on the cod’s river system and now these enormous fish are rarely seen in the wild.

Monster Fish: Russian Giants; Friday, July 29, 2011, at 10 p.m. EDT/PDT
Hogan travels to one of the world’s most wild and remote locations: Kamchatka, in Russia’s Far East, a place home to a mass migration of millions of salmon.  It’s this isolation that created one of the world’s last, truly wild salmon sanctuaries with an incredible 14,000 of the most remote and pristine rivers on Earth. He seeks the help of a team of world-class kayakers and tackles white water rapids, bears, volcanoes and poachers to find out why this land is home to so many salmon.

Monster Fish: India’s River Devil; Friday, August 5, 2011, at 10 p.m. EDT/PDT
Hogan is on a mission in the Indian Himalayas to investigate disturbing reports of a mammoth-sized catfish called a Goonch – accused of stalking, attacking and killing people. He enlists the help of local guide and conservationist Vinay Badola to investigate the crime scenes along the Kali River. He then travels to the Ramganga River, the perfect place to spot and catch a Goonch, to study its behavior and determine whether these stories are fact or fiction.

“I’m delighted to share my research and the work to protect these fish,” Hogan said. “These are some of the largest, most unique, and most endangered fish on Earth. It’s important to raise awareness about these giants and the freshwater habitats where they live – I think it’s a subject that people can really appreciate.”

More information about the Megafishes Project can be found at http://animals.nationalgeographic.com/animals/megafishes/.