Health insurance for Nevadans who can’t get it 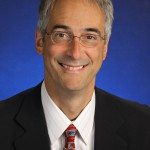 If you’ve been turned down for health insurance because of a pre-existing condition, or offered coverage only at an unaffordable price, you may have another option: the Pre-Existing Condition Insurance Plan, or PCIP.

PCIP is available to children and adults who’ve been locked out of the health insurance market because they have cancer, heart disease, diabetes, HIV/AIDS, asthma or some other pre-existing medical condition.

With PCIP, you’ll be insured for a wide range of benefits, including primary and specialty physicians’ services, hospital care and prescription drugs.

Like commercial insurance plans, PCIP requires you to pay a monthly premium, a deductible and some cost-sharing expenses. But you won’t be charged a higher premium because of your medical condition and your eligibility isn’t based on your income.

Nevadans enrolled in PCIP have access to a provider network that includes 8,815 doctors, 480 pharmacies and 57 hospitals throughout the state.

PCIP is already changing the lives of Americans who don’t have health coverage and need medical care. James H., who lives in Texas, was diagnosed with brain cancer in 2010. Shortly after his diagnosis, James’ insurance company rescinded his insurance coverage, claiming that his cancer was a pre-existing condition. James knew his lack of coverage was a death sentence. Fortunately, he was able to join PCIP in Texas and is now receiving the treatment he needs.

To qualify for PCIP, you must be a U.S. citizen or legal resident. You also must have a pre-existing condition or have been denied health coverage because of your health status. In addition, you must have been without health insurance for at least six months before you apply for PCIP.

In addition to a monthly premium, you’ll pay other costs. In 2011, you’ll pay a deductible that ranges from $1,000 to $3,000, depending on which option you pick, for covered medical benefits before PCIP starts to pay. Prescription drugs may have separate deductibles. (Preventive-care services, such as cancer screenings and flu shots, are covered 100 percent, with no deductible.)

After you pay the deductible, you’ll pay a $25 copayment for doctor visits, $4 to $40 for most prescription drugs and 20 percent of the costs of any other covered benefits you receive. Your out-of-pocket costs cannot exceed $5,950 per year if you stay in the PCIP network.

And there’s no lifetime cap on the amount that PCIP pays for your care.

The Pre-Existing Condition Insurance Plan was created under the Affordable Care Act. It’s a transitional program until 2014, when all Americans—regardless of health status—will have access to affordable health insurance as the nation shifts to a new marketplace. PCIP is operated in Nevada by the U.S. Department of Health and Human Services. Insurance is provided through GEHA, a nonprofit organization that covers federal employees and retirees.

David Sayen is Medicare’s regional administrator for Nevada. You can get answers to your Medicare questions by visiting www.Medicare.gov or calling 1-800-MEDICARE (1-800-633-4227).

On eve of Medicare anniversary, seniors in Nevada save $41...

Nevada families receive an average of $75 in insurance rebates

Nevada Division of Insurance announces new website and guide to...