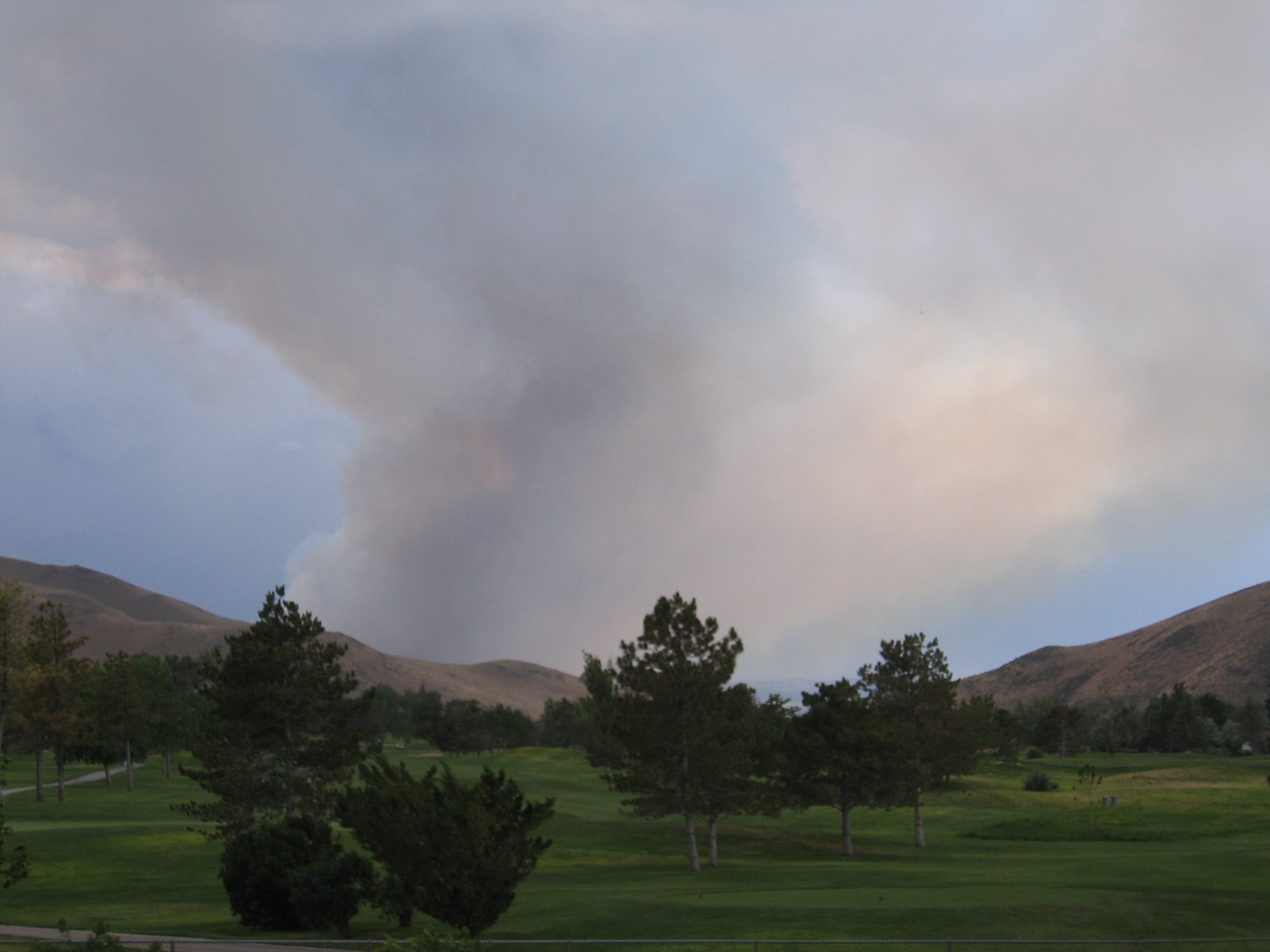 Today, firefighters throughout the region continue to battle the Bain Fire near Geiger Grade and Toll Road.

“From the onset of the fire, conditions were extreme; all of the elements that make for a difficult fire attack were in place,” advised Reno Fire Department Battalion Chief Tim Spencer. “Crews last night did a great job of protecting structures from the fast-moving and erratic fire. We made large strides with constructing hand and dozer lines which complemented a highly effective air attack.”

No structures have been lost and no injuries have been reported. Firefighters have been faced with steep terrain, changing wind conditions, and high components of cheat grass making it a difficult fire to contain. As of this morning the size of the fire is estimated to be approximately 600 acres. At the time of this release there is no estimate on when containment will occur.

Currently, there are no road closures or traffic controls in the area of the fire. Drivers are asked to use caution if having to travel on roadways near the fire as crews and apparatus are still actively working. Onlookers are asked to stay out of the area for the safety of themselves and personnel.

Residents are urged to take precautions to avoid health problems related to the smoky conditions caused by the fire. Examples of precautions include limiting outdoor activities and remain in an air-conditioned environment if possible; if you do not have an air conditioner and if smoke is likely to get inside your house, leave the area until the smoke is completely gone; avoid activities that put extra demand on your lungs and heart; contact your medical provider if you are concerned or your health gets worse.

Smoke may worsen symptoms for people who have heart of lung disease, or other pre-existing respiratory conditions such as respiratory allergies, asthma and chronic obstructive pulmonary disease. When smoke levels are high enough, even healthy people may experience some of these symptoms.

Onlookers cause closure of dirt portion of Toll Road