Arthur Gerald Jones, 72, was arrested July 19 and booked into the Clark County Detention Center on four felony charges relating to identity theft and fraud. Bail was set at $20,000 following an initial appearance July 21. 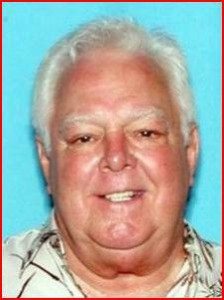 Arthur Gerald Jones was arrested July 19 in Las Vegas after being reported missing for 32 years.

Jones has been living under the name of Joseph Richard Sandelli since about the time of his disappearance, the agency said in a news release. He has been working in a local sports book for the past 10 years, according to investigators from the Nevada DMV and the Social Security Administration.

Jones, who once held a seat on the Chicago Board of Trade, was reported missing from Highland Park, Illinois in 1979. The reasons for his disappearance were unclear at that time but labeled suspicious. Police and other sources believed he may have met with foul play due to gambling debts and possible organized crime affiliations.

An Illinois court declared Jones legally deceased in 1986, listing his date of death as May 11, 1979, the day he disappeared. Jones’ wife and three children collected Social Security benefits as a result.

Investigators say Jones claims he obtained a false Illinois driver license, birth certificate and Social Security card. He claims to have purchased the documents for $800 in Chicago in 1979 before going to Florida. Jones allegedly used those documents to obtain a Nevada driver license in 1988.

Jones’ arrest came about after an initial complaint regarding the fraudulent use of a Social Security number. A joint investigation by the Social Security Administration, Office of the Inspector General and the Nevada Department of Motor Vehicles’ Compliance Enforcement Division turned up the false driver license under the name of Sandelli.

The Social Security Administration is continuing its investigation.

DMV spokesman Kevin Malone said Jones has since posted bail and been released. He was working at the Rampart Casino in Summerlin.

“The Social Security Administration contacted the Nevada DMV to assist them in investigating the misuse of a social security number,” Malone said. “The Nevada DMV does have a sworn law enforcement division, the Compliance Enforcement Division, so we do have officers that can go out and arrest people, and we found that he did in fact, at least allegedly, have a false identity, so we arrested him on false identity charges.”

“All four of them are felony charges that carry a minimum term in prison,” he said. “Nevada has some pretty tough laws on using other people’s identities or false identities. Just possessing a false birth certificate is a felony offense in this state, so he is facing four felonies and they are pretty serious charges.”