by Sean Whaley, Nevada News Bureau: Term limited Assembly Speaker John Oceguera, D-Las Vegas, today announced he will run for Congress in one of four districts that have yet to be finalized in Nevada’s contested redistricting process.

Oceguera, a native fourth-generation Nevadan, said he wants to bring his skills in finding compromise on difficult issues honed in the Nevada Legislature over the past nearly dozen years to the House of Representatives. 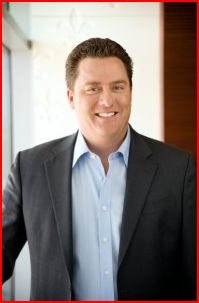 Assembly Speaker John Oceguera announced he will run for Congress

“I think what I bring to the table is kind of a common sense approach,” he said. “I think I’ve been successful in finding solutions in the Legislature and I think I will be successful in Congress.

“I think Nevadans are kind of fed up with the way it’s going in DC and I’m looking to help the middle class, the folks that rely on social security and Medicare,” Oceguera said. “I believe that they deserve someone that will fight for them and that’s what I intend to do.”

Oceguera, an assistant fire chief in North Las Vegas, said he decided to announce his candidacy even though the Nevada redistricting process is in the courts, where it could remain for some time before finally being decided.

“I’m of the belief that redistricting is going to be wrapped up in the court system for a number of months, and that might put us all the way as far as next year,” he said. “And you really can’t start a congressional campaign in the same year that the election is going to be held. You have to get started.”

Oceguera currently resides in the 3rd Congressional District represented by Rep. Joe Heck, R-Nev., but he said that could change by the 2012 election. Oceguera said he will challenge Heck if that is where he ends up.

“But I think it is really too soon to know one way or the other where we’re going to be because we have no idea how those lines are going to be drawn at this point,” he said.

The Democrat-controlled Nevada Legislature sent two redistricting bills to GOP Gov. Brian Sandoval, but they were vetoed out of a concern the proposals violated the federal Voting Rights Act. The issue is now in Carson City District Court and will likely be decided by the Nevada Supreme Court.

Oceguera’s announcement prompted Amy Tarkanian, chairwoman of the Nevada Republican Party, to describe him as a career politician “looking for a new gig.”

“Oceguera’s bid for Congress, made before even understanding or caring about the constituency he claims to want to represent, is an action of a termed-out assemblyman who is panicking at the thought of losing one of his government paychecks,” she said.

Tarkanian criticized Oceguera for attempting to push through a $1.3 billion tax hike in the 2011 session.

“Oceguera’s colleagues rejected his proposal then and Nevadans will reject him in 2012,” she said.

In response, Oceguera said public service is “not a bad thing.”

“I’m proud of what I’ve done as a fire fighter and the people I’ve helped,” he said. “I’m proud of what I’ve done in the Legislature and the Nevadans I’ve helped there and I want to continue that service. Certainly if I wanted to go into the private sector and make money that’s what I would be doing, but I choose to go and serve the public and I think that record speaks for itself.”

Assembly Speaker John Oceguera says he can’t wait for redistricting to be resolved before starting a campaign:

Oceguera says he brought a common sense approach to compromise in the Legislature and will do so in Congress:

Oceguera says he is proud of his public service:

Oceguera says Nevadans are fed up with what is happening in Washington, DC: