When a Renoite leaves the country, part 1 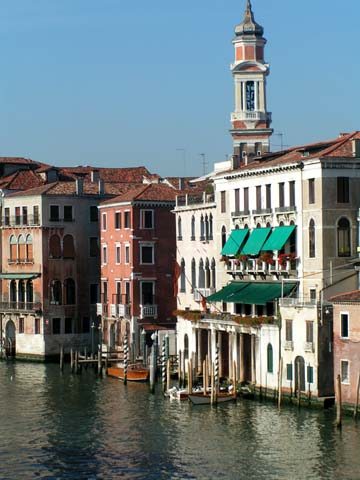 Before I talk about the events leading up to my upcoming five-week study-abroad program in Viterbo, Italy, there are a few things you should know about me.

First, even though this is my third trip abroad, I am not actually a “good” traveler. Some people are able to find home wherever they go and experience little homesickness.

I am not one of those people.

While I believe international travel is important for everyone, the actual act freaks me out and I usually spend the first few days wondering what the hell I have done.

Second, most of my major life decisions are made after a few years of pondering it and then one day something clicks and I plan said event in three weeks.

This is how I started graduate school in the fall of 2010 and this trip is no different.

The first time I seriously thought about traveling abroad, I was 19 and boarding a Southwest Airlines flight from Reno to Los Angeles to visit my grandparents. As I searched for a seat on a full flight, I spotted an empty seat next to a man who resembled Hugh Grant.

“If I have to have a middle seat, I’ll sit next to him,” I thought to myself.

So I did and I eavesdropped a lot. I overheard the Hugh Grant wannabe ask his PR person how the public was receiving his company’s news. I don’t remember if it was my incessant spying at his computer screen or if I asked what he was doing, but a conversation between us ensued.

He explained that he and his company, InFocus, were on their way to Las Vegas’ annual tech conference and their stock had just sky rocketed. Our conversation turned to how affordable international travel can be and how he preferred to hire people who had traveled because of their perspective on the world. I walked off the plane with his card, an offer for an unpaid internship and an interest in travel.

I never took him up on his internship offer in Portland, because at the time, I lived in a world of “I don’t see how this can work” instead of “why not?”

Three years later, I dated someone who had traveled the world. After months of listening to his stories and receiving my bachelor’s degree in December 2004, I booked my first European tour even though I’d found my first full time job.

I spent three weeks as the only American on a tour full of Aussies, Kiwis, and Canadians. I went white water rafting in Austria, ate cold rabbit in Monaco and learned about the perils of wandering in small towns in Switzerland late at night.

I took these lessons with me when I moved to San Francisco for a job after returning from Europe. A month after my relocation, my grandparents died within a week of each other. I found myself living alone in a large city, without the support system I needed, and moved back to Reno.

That year, the same boyfriend, who traveled the world, and I planned a seven-week trip through Europe. Still reeling from my grandparents’ death, I remember looking out the window of the Edinburgh, Scotland hostel we were staying in and realized I wasn’t ready to be traveling.

Even though I knew I wasn’t in optimal shape for travel, I did my best to make the best of the opportunity. I discovered places I love like the Cinque Terra on the Italian Mediterranean coast. I went scuba diving for the first time, dined on octopus and met solo travelers whose freedom I envied. Maybe I was longing for my friends at home, or was seeking escape from my situation, but I knew I wanted to travel on my own someday.

Seven months into my graduate degree at the Reynolds School of Journalism, I saw a flier that advertised travel writing in Viterbo, Italy. As I explored the possibility, I knew I had many obstacles to overcome, including finding an internship that allows me to travel while I work, financial aid and other personal obligations.

However, I had done this before as my decision process to get my master’s degree in Journalism included many details and a short timeline. I am fortunate that ThisisReno.com agreed to work with me while I travel, my mother agreed to watch my 90 lb German Shepherd, and my financial aid is being worked out.

Unlike my last adventure, I am ready to travel this time. I’m excited to share my experiences — the good, the bad and the “oh I cried on a street corner” — in a public forum. While I don’t have to worry about my housing accommodations (it is arranged by the organization I’ll be studying with, the University Studies Abroad Consortium), it will be up to me to plan weekend trips, figure out train schedules and decide what I want to get out of my experience.

Bridget Meade is an Interactive Journalism graduate student at the Reynolds School of Journalism. She decided to pursue her Master’s in Journalism after she discovered personal blogging several years ago. As a result of online communities like 20-Something Bloggers, and the new friends she met all over the world, Bridget’s interests expanded and she redefined her personal and professional goals. Her interests are in social media, specifically Twitter, technology and networked news. She enjoys snarky humor, the ocean, all things Italian, wine and time with her 90-lb.German Shepherd, Keo.