When a Renoite leaves the country, part 2 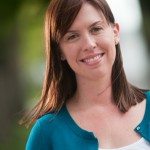 PART II: I have to pay for this trip?

On June 23, I will board my flight to Rome. It wasn’t until Friday, June 10 that I knew for sure my trip would be funded. Part of the requirements to be able to travel was that I receive financial aid to study abroad. As one can imagine, graduate school and a mortgage do not allow for travel funds. It turned out be a lesson in persistence and patience.

When I first consulted UNR’s financial aid department, they informed me I would be eligible for summer financial aid as long as I enrolled in five graduate level credits. Between my internship credits and the graduate level travel writing course I’ll be taking in Viterbo, Italy, this wasn’t a problem. The clerk at the desk handed me a couple of forms to fill out and return.

In early May, I returned those forms along with a completed FAFSA. At the time, the clerk told me I should be able to receive ample funds due to my December 2011 graduation date (they would pull funds from Spring 2012 because I won’t be in school. She commended me on seeking financial aid early. “We have so many students who ask about summer financial aid in the middle of June,” she said. “By then it is too late.”

I didn’t expect any news for a few weeks. For financial reasons, I originally planned to delay the purchase of my plane ticket even though I’d paid a large deposit toward USAC. I was locked in as far as they were concerned. After telling my mom about it, she took pity on me (or maybe she was just tired of hearing me worry) and loaned me the money for my ticket. Even though I knew my purchase was close to the time of my departure and during peak travel season, I was shocked at how much it cost. When I first traveled abroad, my tickets were $600-$800. This time, I paid $1,900.

When a few weeks passed and I hadn’t heard anything, I began to get nervous.  I contacted my financial aid advisor via e-mail, asking if my file were complete, and if so, when I could expect news as to what type of aid I would receive. She replied the next day: “All students had to wait for Spring 2011 grades to post before they could receive an offer for summer. You will receive an offer letter in the mail once it is processed and those will begin going out next week. The adjustments will be visible in ePAWS on your Financial Aid Offer and Student Disbursements pages once the information is available to view.”

My grades had posted and I had done well last semester. I assumed from her email that my file was complete. I was wrong. I followed up the day after Memorial Day as I still had yet to hear anything. The clerk at the desk informed me that my USAC class was listed as an undergraduate class and that I was ineligible. I called USAC while in the financial aid office to inquire. The coordinator informed me that the teacher listed for the travel writing class was unqualified to teach graduate students as he/she did not have a PhD. My anxiousness was already high because I was concerned about my funds and her words made my anxiety skyrocket. I knew my thesis advisor from the Reynolds School of Journalism was supposed to be teaching the class in Italy. I told the coordinator this and asked why their standards were different than the UNR.

“Oh,” she said. “I think something is wrong in my system. I’ll put you in another graduate level class so you can receive your financial aid offer letter and we’ll get this worked out.”

When I checked with the financial aid department two days later, they told me USAC had placed me in a graduate class in London. They wouldn’t process my loans until I was registered in a graduate level class in Viterbo, Italy. I was furious. I called USAC’s coordinator who explained the Viterbo class was previously for undergraduate students only and that they needed approval from several departments on campus to change my registration.

“Excuse me,” I snapped. “Your brochure said this was a graduate level class. I don’t understand why this wasn’t taken care of before. How long will this approval process take?”

I knew USAC’s deadline for proof of financial aid was less than a week away. When I reminded her of the impending deadline she said, “I’ll see to it that it gets resolved by Friday. Let’s not panic until Tuesday or Wednesday next week.”

The funny thing is, I was already panicking and someone telling me to not do so until the day of an important deadline isn’t a way to calm my nerves. I sent an email to USAC’s accounting department explaining my problem and hoped it would be resolved in time. I didn’t have a choice but to let it go.

By Friday, my class situation was resolved. I called the financial aid office that Friday afternoon to verify my file was ready to be processed.

“We don’t see your loan applications in our system,” they told me. “They are due today…”

I arrived at their office two minutes before closing time. On the way there, I reminded myself that losing my temper would be counter productive. As I filled out my paper work, the clerks apologized for my trouble when I told them losing my paperwork was unacceptable. This time, I made sure to get date-stamped copies of everything.

“Our financial aid advisors are in Vegas for a conference,” the student employee told me. “They’ll start reviewing files Monday. Your original paperwork is probably on someone’s desk in the back or we lost it. We think some advisors also took paperwork with them to Vegas.”

This caught my attention. Before my return to school, I worked in human resources and while I was irritated that my paperwork was not properly handled, I understood how it happens. Between statewide budget cuts and President Glick’s unexpected death, the University of Nevada Reno had a tough semester. Things get misplaced when people are stressed and overwhelmed. Summer sessions require quick in their turn around time and they are transitioning from registration system ePAWS to MyNevada. I knew this was a situation where mistakes are bound to happen.

What I didn’t understand is why files are being transported out of the office.  I sent an email to my financial aid advisor and the head of the department regarding my issues and have not received a response. I hope the student workers were mistaken with their information. Considering the rampant identity theft problems in today’s society, it seems this is bad protocol if it isn’t already against university policy. Either way, this experience taught me to get copies of everything I turn into their office and to follow up in person. Email inquiries seem to be disregarded and I’m not patient enough to be on hold.

By last Wednesday, my family agreed to help out with expenses that financial aid wouldn’t cover. I felt bad, as I was confident at the beginning of my planning that I could finance my trip without family assistance. Thursday night, I received financial aid sent me an offer letter stating that I would receive the necessary assistance.

When I turned in direct deposit forms to UNR’s cashier office Friday, I admitted that the financial aid department probably groans whenever they see me approach the desk. I know I was a bit of a pain.

“I’m really nice until someone misplaces my forms and I’m a few weeks away from leaving the country for 5 weeks,” I told the lady behind the counter. She laughed and told me she didn’t blame me.

Now that my biggest obstacle has been resolved, I’m counting the days until June 23. I’ve stopped hyperventilating when people ask me if I’ve started packing. Instead, I laugh and say it’s on my to-do list.