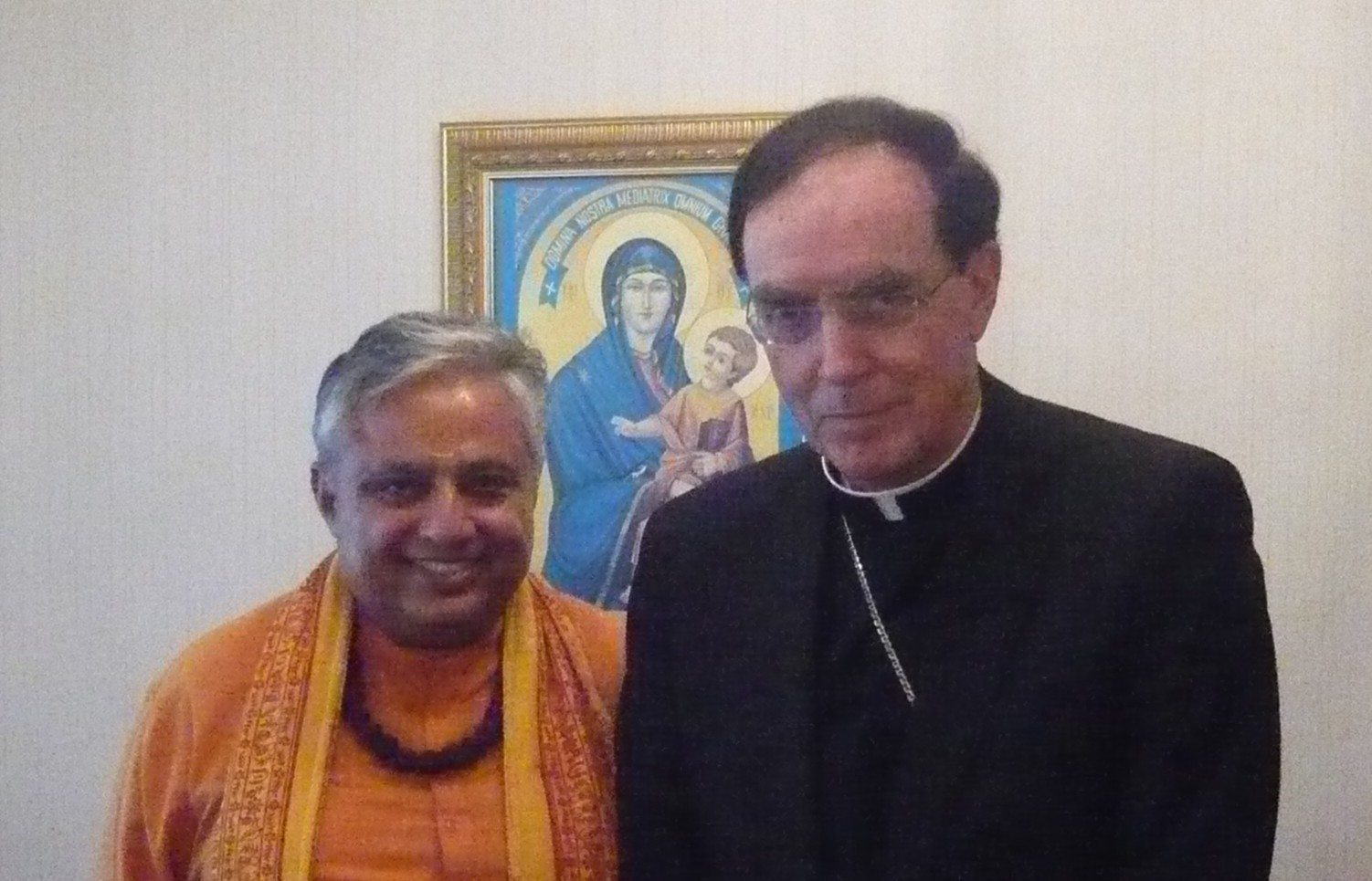 Meeting in the archdiocese of Hartford, the two leaders discussed living together harmoniously as communities with seriously different traditions, etc., and agreed that more interfaith dialog was needed at both organization and individual levels among various religions/denominations aiming at deriving at a common ground. We should listen to each other from the dimensions of love, compassion and respect, it was stressed.

Zed, who is president of the Universal Society of Hinduism, says that dialogue brings us reciprocal enrichment. In our shared exploration for truth, we should learn from each other and thus come nearer to the truth.

The Archdiocese of Hartford, established in 1843, includes about 700,000 Catholics. Over 500 priests, assisted by almost 300 deacons, minister within the archdiocese, serving 216 parishes as well as other apostolates.

Roman Catholicism, the largest denomination of Christianity, is currently headed by His Holiness Pope Benedict XVI in Vatican City. Hinduism, the oldest and third largest religion of the world, has about 1 billion adherents, and moksh (liberation) is its ultimate goal.

Zed presented a copy of Bhagavad-Gita (Song of the Lord), ancient Hindu scripture, to Mansell.