Home > News > New study shows Nevada taxpayers on the hook for $4,200 each to fund cost of public employee benefits
News

New study shows Nevada taxpayers on the hook for $4,200 each to fund cost of public employee benefits

by Sean Whaley, Nevada News Bureau: Nevada has the 18th lowest taxpayer burden to cover unfunded public employee pension and health care costs among the states, but policy makers are still failing to adequately address the shortfall, a national organization reported in a new comprehensive analysis.

Nevada’s burden totals nearly $3.6 billion in liabilities for these benefits, which works out to $4,200 per taxpayer, according to the 50-state analysis by the Chicago-based Institute for Truth in Accounting (IFTA).

The study found only four states: Nebraska, North Dakota, Utah and Wyoming that have assets available to pay their debt and obligations related to pension and retirees’ healthcare.

The taxpayer burden represents the funds that will be needed to pay the commitments the state has already accumulated divided by the state’s taxpayers.

“If governors and legislatures had truly balanced each state’s budget, no taxpayer’s financial burden would exist,” said Sheila Weinberg, founder and CEO of the institute. 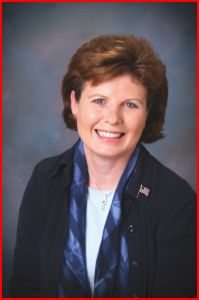 Sheila Weinberg, founder and CEO of the Institute for Truth In Accounting, says Nevada policy makers are failing to truly balance the state budget./Photo: IFTA.

The study reviewed each state’s Comprehensive Annual Financial Report to offset assets against liabilities. For the first time, a detailed analysis of pension and healthcare liabilities uncovered the states’ actual obligations. From these calculations, the institute was able to determine the taxpayer’s burden.

“The taxpayers need to really hold their elected officials’ feet to the fire about really balancing their budget,” Weinberg said in a phone interview. “They’ve been telling the taxpayers that they have been balancing their budgets, but because of not including the true compensation costs in the budget numbers, they have actually been putting the state further and further into debt.”

While Nevada may be doing better than other states, the budget should be balanced and the number should be zero, Weinberg said.

“Just because you’re not as bad as other states doesn’t mean you are doing good,” she said.

The Nevada analysis is also is somewhat generous because it only cites the public employee pension liability generated from state employees, not all the other local employee groups covered in the plan, Weinberg said. Otherwise the number would be much higher in Nevada, she said.

“The state has only put 57 cents away for every dollar that they have promised,” Weinberg said.

Employee compensation packages include retirement benefits. A portion of these benefits is earned each period and should be included in the current budget as a portion of current employee compensation costs, the group said in its report. Instead most states handle many of benefits on a “pay-as-you-go” basis.  This obligates future taxpayers to cover these past costs.

“Though 49 of the 50 states have constitutional or legal requirements to balance budgets, most states employ a variety of financial maneuvers to circumvent this requirement,” said Roger Nelson, chairman of IFTA and former vice chairman of Ernst & Young. “The largest of these maneuvers is related to employee compensation.”

The end of the retiree subsidy was sought by Republican lawmakers and business groups, including the Las Vegas Chamber of Commerce.

Weinberg called the change a good start, but said it did nothing to erase the liability that has already been accumulated, which is approaching the $2 billion mark.

The state’s separately managed Public Employees’ Retirement System, the pension plan that covers nearly all public sector workers in Nevada, is funded based on projections by an independent actuary. It had a $10 billion long-term unfunded liability as of June 30, 2010. The plan was 70.5 percent fully funded, down from 72.5 percent in the previous year. At its high point in 2000 the plan was 85 percent funded.

GOP Gov. Brian Sandoval proposed a change to the retirement plan to include a “defined contribution” share for state workers to reduce the long-term liabilities, but the proposal did not get introduced in the 2011 session. Instead, lawmakers approved a study of PERS for consideration in the 2013 session.

“When you say the word study it doesn’t create a lot of optimism because it usually doesn’t translate into action,” he said.

While many advocate a complete change to a defined contribution plan from the current defined benefit plan, where retired public employees are guaranteed a set retirement check upon retirement based on salary and years of service, others argue Nevada’s plan is well managed and will be fully-funded over time.

Sheila Weinberg, founder and CEO of the Institute for Truth in Accounting, says taxpayers need to hold lawmakers accountable on the budget:

Weinberg says Nevada is not funding its full financial obligation:

Geoffrey Lawrence of NPRI questions whether a study of the PERS liability will result in real reform: