Nevada should not withdraw from TRPA, says Sierra Club

“Since Nevada and California have worked together as the Tahoe Regional Planning Agency, successfully protecting the environment in the Tahoe Basin and keeping Lake Tahoe blue, why should Nevada bail out of TRPA now?” asks Jean Stoess, chair of the Toiyabe Chapter of the Sierra Club. 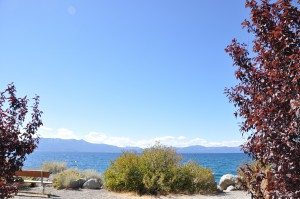 “SB 271, a bill before the Nevada Assembly calling for the withdrawal of Nevada from TRPA, threatens the environment in the Tahoe Basin,” she said. “TRPA provides important services to both states. It not only gathers data about the basin and evaluates plans for development, it also oversees the reclaiming of damaged areas such as wetlands, which filter runoff into the lake and provide habitat for animals, and the building of curbs, gutters and drainage facilities on damaged land to reduce runoff.

“Under SB 271, approving development on the Nevada side of the Lake would be done by NTRPA (Nevada TRPA), a new organization financed and developed by the state and comprising the three counties that front on the lake. Given the dire financial shortfalls of the state and county governments, it is unlikely that NTRPA would become a viable organization that could produce the services now provided by TRPA, especially controlling development or raising funds to repair damaged areas to prevent runoff into the lake.”

She said the Toiyabe Chapter, which encompasses the state of Nevada and has 4,500 members, strongly opposes SB 271 because they believe it would not benefit the lake. And they question why SB 271 is being promoted by the state’s most influential lobbying firm with strong financial support from realtors, builders and developers.

The Sierra Club is urging TRPA supporters to email members of the Assembly Government Affairs Committee.

“I’ve been a member of the TRPA Governing Board, and I know how the game is played. NTRPA would be unable and likely unwilling to control development on the Nevada side. A yes vote for SB 271 would be a vote against Lake Tahoe,” said Stoess.

Future of Lake Tahoe clarity in question as wildfires worsen