By Sean Whaley, Nevada News Bureau: Some GOP lawmakers say a bill introduced late in the just-ended 2011 session appears to be an attempt to move the Nevada Legislature more toward a full-time operation in the period in-between the biennial sessions.

Republican lawmakers critical of Assembly Bill 578 also say it would limit participation on interim policy panels by many of the 63 state lawmakers.

A Democrat who processed the bill disagrees however, saying all lawmakers will be able to participate under the new process, which is only intended to make the interim more efficient, not create a full-time Legislature.

“It is very concerning to me,” said Sen. Barbara Cegavske, R-Las Vegas. “It seems as if someone is trying to make us a full-time Legislature, and we’re supposed to be a part-time Legislature.”

Cegavske said the major change to how the Legislature operates in the interim didn’t get full hearings either.

“It wasn’t really vetted out,” she said. “Normally something of that magnitude, the majority party would talk to the minority leadership and talk to them about doing something that dramatic. And that didn’t occur, so it is just very troubling and very concerning.”

Assembly Minority Leader Pete Goicoechea, R-Eureka, said he has several issues with the change from the current interim legislative panels to Joint Interim Standing Committees that would mirror the committees used during session. 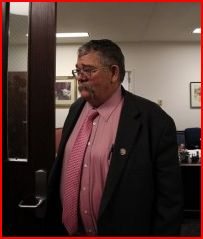 “I didn’t want to see that change,” he said. “The standing committees would become the interim committees, with reduced membership, and I’m very concerned about that.

“Everyone has their own expertise and that’s why we are a citizen Legislature,” Goicoechea said. “I think we’re better off engaging a few more people and doing true interim committees as pertaining to issues rather than just the standing committees.”

But Assemblyman Tick Segerblom, D-Las Vegas, the chairman of the committee that processed the bill, said there is no intent to create a full-time Legislature in the interim, only to make the meetings in-between sessions more efficient. The intent is to have all lawmakers serve on at least one of the new committees as well so full representation from all members is anticipated, he said.

The first step in the process was to create the same committees in both the Assembly and Senate for the 2011 session, Segerblom said. Past sessions have seen different panels in the two houses.

“The thought was then if we could take those same committees and continue them in the interim it would make for a much more efficient process,” he said.

The new system would actually see fewer days of work by lawmakers than the current process, Segerblom said.

“Most committees would probably meet five times so it’s not a full-time Legislature by any stretch of the imagination,” he said.

AB578, introduced May 31, passed both the Assembly and Senate on mostly party-line votes. It passed out of the Assembly on June 5, and was amended and passed by the Senate on June 6, the last day of session. It is now in the hands of Gov. Brian Sandoval for his review.

Rather than a number of interim committees now in existence to consider a wide range of policy issues in-between sessions, the measure would replace the panels with new Joint Interim Standing Committees.

The committees would mirror those established for the 2011 session: Commerce, Labor and Energy; Education; Government Affairs; Health and Human Services; Judiciary; Legislative Operations and Elections; Natural Resources, Agriculture and Mining; Revenue and Taxation; and Transportation.

The joint committees would have smaller memberships, however, another element of the proposed change that concerns Republican lawmakers.

The committees would have three members from the Senate and five from the Assembly with no more than five from one party.

Cegavske said the proposed change also comes at a time when other state legislatures are reducing or eliminating their interim activities as a way to save money in lean budget times. This proposal would do the opposite, she said.

“It’s just not the time to add more,” Cegavske said.

Segerblom said the change is expected to be pretty close to cost-neutral compared to the current system.

There was no ulterior motive in making the change, just a desire to make the interim process more streamlined and more effective, he said. If Sandoval has concerns, “we’d love to talk to him before hand,” Segerblom said.

Sen. Barbara Cegavske says the bill will move Nevada to a full-time Legislature:

Cegavske says the last-minute measure did not get full hearings:

Segerblom says keeping the same lawmakers involved on issues in the interim will help get each new legislative session off to a faster start: