by Sean Whaley, Nevada News Bureau: A bill allowing the state Treasurer to invest up to $50 million in education trust funds to support economic diversification efforts and generate more money for public schools was signed into law today by Gov. Brian Sandoval.

Concerns had been expressed about the legality of Senate Bill 75 after it had been amended in the Senate, but Treasurer Kate Marshall said today the final version of the measure restored the original language.

“The passage of SB75 is going to result in more money for K through 12, so that we can invest the way most western states invest,” she said. “And also for the first time in the state’s history we’re going to have the ability to do private equity investments in Nevada; create jobs here.” 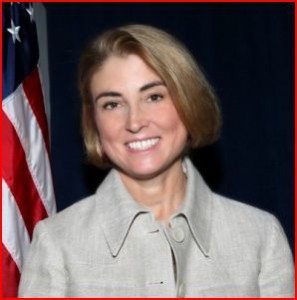 Marshall said businesses have already contacted the state because of the passage of the bill, expressing an interest in finding out more about it with an eye to possibly relocating here.

Chuck Alvey, president and CEO of the Economic Development Authority of Western Nevada (EDAWN), said several businesses in the developmental stage have inquired about the new program, which will take several months to get up and running.

The new law will provide an investment tool that other states have been using but that Nevada has not been able to offer to companies until now, he said. If a company in development can be brought to the state where it can grow from the ground up, it will more likely remain in the state and generate jobs for Nevadans, Alvey said.

The bill was opposed by some Republicans over concerns about the constitutionality of the measure.

One of those was Sen. Greg Brower, R-Reno, a GOP candidate for the vacant Congressional District 2 seat. Marshall is a Democrat who is also running for the seat.

A big hurdle for the measure was the state constitutional prohibition on loaning state money to any company except a corporation formed for educational or charitable purposes. Supporters of the bill obtained a judicial determination that the proposed investments would be constitutional. But Brower and some other Republican lawmakers said the determination was insufficient to satisfy their concerns.

The new law will create a nonprofit public entity, the Nevada Capital Investment Corporation (NCIC), to be headed by a board that includes members appointed by the governor and legislative leadership based on their investment expertise. The state treasurer, whose duties include the investment of state money, will also be a member.

Marshall said the next step in the process will be to get the board appointed so the investment process can get under way.

The NCIC will hire professional private equity fund managers that will seek to partner with capital investment firms to invest in select companies and innovative start-up businesses that would assist in the state’s efforts to grow and diversify its economic base, leading to increased employment.

A Business Leadership Council comprised of business leaders and professional business development groups will also be created to provide strategic guidance and to mentor businesses which successfully compete for investment dollars.

The primary focus of the bill is to get a better rate of return for the $310 million Permanent School Fund, a trust fund made up of federal funds provided to the state for decades from such sources as the sale of federal lands and court fees. Only the interest can be spent by Nevada’s 17 school districts. About $8 million was generated for schools last year.

Marshall said the school fund is earning about 2.5 percent now. The private equity investments are expected to bring in between 4.3 percent and 7.5 percent, she said.

“The most important thing is to be fiscally prudent, to do your due diligence, to make sure you invest in companies that are going to provide you the kind of return and the kind of jobs and the kind of economic diversity we want here in Nevada while at the same time providing more money for K through 12,” Marshall said.

The new law also provides an opportunity for Nevada for the first time to be eligible for federal grant programs where debt support is made available for certain companies coming to the state, she said.

Marshall says the most important goal with the new authority is to be fiscally prudent: