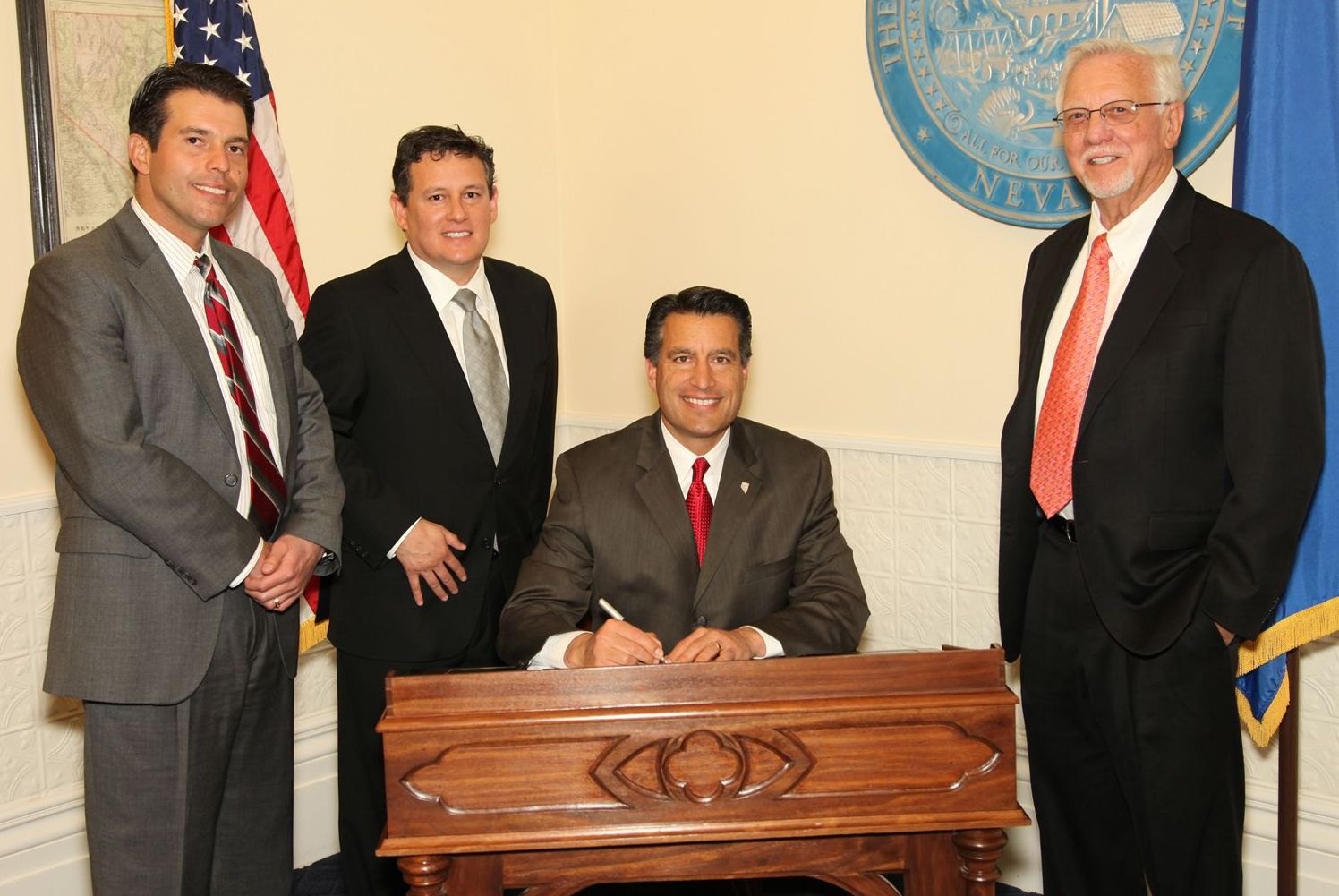 Gaming law students at the William S. Boyd School of Law have won enactment of a legislative bill that will allow companies and individuals to have their licensing suitability determined by the Nevada Gaming Commission before they commit to involvement in the gaming industry.

On June 3, Gov. Brian Sandoval signed A.B. 213, which authorizes the Gaming Commission to issue a “preliminary finding of suitability.” This procedure subjects the applicant to the same level of investigation by the Nevada Gaming Control Board as an applicant for a nonrestricted gaming license but does not authorize any particular involvement in the gaming industry.

However, this advance determination of suitability is expected to shorten the investigation time necessary for approval of a person’s subsequent application to be licensed for a particular involvement, such as casino ownership or operation. The Gaming Commission must adopt regulations to implement provisions of the bill.

The bill also included a provision to improve the process for gaming control disciplinary complaints.

“Nevada is the gold standard for regulating gaming and we must continue to be,” Sandoval said.

The legislative bill was a project of a gaming law seminar taught by Adjunct Professors Bob Faiss and Greg Gemignani, who are gaming law attorneys at the firm of Lionel Sawyer & Collins. The seminar coordinator was Brin Gibson, who was also a lobbyist at the legislative session. It was sponsored by William Horne, chairman of the Assembly Judiciary Committee.

“This legislation is going to enhance the orderly flow of new investment in the Nevada gaming industry,” Faiss predicted. “I believe it is a fundamental and beneficial change to our gaming control system and is consistent with Governor Sandoval’s resolve to have a gaming control system that is responsive to the realities of the modern gaming industry.” Faiss credited Control Board Chairman Mark Lipparelli for challenging the students to perfect a bill to authorize preliminary suitability approval.

Faiss has directed student legislative projects at each session of the Nevada Legislature since 2001. All have resulted in resolutions or bills that have been adopted. Student bills in prior sessions have resolved a conflict in Nevada law dealing with the right of winners of periodic payments of progressive jackpots to assign payment to another person; established certainty of authority for appointing a member of the Gaming Control Board in the interim between completion of an outgoing governor’s term and the beginning of his successor’s term; and confirmed the authority of the Gaming Commission to license government entities, such as sovereign wealth funds and Native American tribes. The bills were all created and lobbied by the students in cooperation with the gaming control agencies.

Serrano represented the students in the Governor’s Office when Sandoval signed the bill.