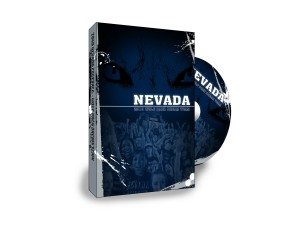 The official commemorative DVD “Nevada Football: The 2010 Dream Team” is now available for purchase at select outlets in Northern Nevada.

The DVD includes a breakdown of the season with head coach Chris Ault, video highlights, radio calls and additional special features. The DVD that captures the excitement and history from the 2010 season, which featured wins over Cal and Boise State, a Western Athletic Conference championship, a win over Boston College in Kraft Fight Hunger Bowl, a 13-1 record and No. 11 finish in the national polls.

All pre-orders placed at the Wolf Pack’s website shipped this week. The DVD is available on campus at the Link Piazzo Ticket Office at Legacy Hall. Off campus, the DVD is available exclusively at Silver and Blue Outfitters inside Meadowood Mall. Cost of the DVD is $24.95 at either location. The DVD can still  be ordered at NevadaWolfPack.com. All proceeds from DVD sales go to the athletics department and directly to the Wolf Pack football program.

The DVD chronicles the historic season with in-depth commentary from Ault about key plays, games and moments throughout the season. It also features player interviews from the 2010 season and a number of other special features. It was produced by Ryan Jerz, the director of electronic media for the athletics department.

Editor’s note: Ryan Jerz, who produced the video, is also a member of This is Reno.