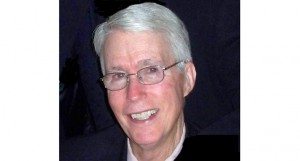 Bill Winter. Photo courtesy of the University of Nevada, Reno.

William L. (Bill) Winter has been named dean of the Donald W. Reynolds School of Journalism and Advanced Media Studies at the University of Nevada, Reno, University President Marc Johnson has announced.

After extensive service as a reporter, editor and university-level educator, Winter served as executive director, then president of the American Press Institute (API) in Reston, Virginia from 1987 through 2003. As leader of the North American newspaper industry’s leadership-development center, he oversaw the raising of more than $32 million to support development of residential and online leadership-development and skills-training programs. He championed development of Internet-based training and the creation of the digitally focused Media Center, the Reynolds National Center for Business Journalism and the Institute’s consulting arm, the Tailored Programming Division.

He also has been a journalism instructor at San Antonio College, Central Michigan University and Kent State University.

Most recently Winter founded an organizational-development consulting firm, through which he oversaw key grants in the Donald W. Reynolds Foundation’s National Journalism Initiative.

Winter will begin his Reynolds School responsibilities July 1, succeeding Jerry Ceppos, who has been appointed dean of the Manship School of Mass Communication at Lousiana State University in Baton Rouge. Winter will remain dean until a national search to hire a permanent dean has been completed

“It is an honor to have the opportunity to provide leadership for one of the nation’s best-regarded schools of journalism and media studies, and particularly to follow in the footsteps of Dean Ceppos, an energetic and effective leader,” Winter said. “The students, faculty and staff of the Reynolds School all are first-rate, and all will be engaged in the effort to ensure that the coming year is one of real accomplishment for the school.”

Winter holds bachelor’s and master’s degrees in journalism from Arkansas State University and Ohio University, respectively. He received a doctoral degree in administration in higher education from Kent State University.