By Andrew Doughman, Nevada News Bureau: It has been called the most lobbied bill during the legislative session, and it is has nothing to do with taxes.

All the fuss is about changes to the tow truck and auto salvage industry.

In one corner are a wealthy business owner who often contributes to political campaigns, the auto insurance industry, the AFL-CIO and a former Speaker of the Assembly whose clients include  a now-indicted poker company.

In the other corner are tow truck companies, salvage yards, the Las Vegas Metropolitan Police Department and a group called the Nevada Tow Car Council.

Somewhere in the middle are two groups: citizen members of the Nevada Assembly, some of whom professed to know little of about the auto industry during a hearing yesterday, and average Nevadans who pay auto insurance and may someday have a vehicle towed.

At stake are potentially lucrative, monopolistic deals for business groups.

Senate Bill 407 would change how tow companies treat vehicles that end up in accidents in Clark County. Tow companies currently take those vehicles to their lots, where people can find their vehicles later.

A proposed amendment to the bill would allow insurance companies to contract with an independent storage lot. If you got in a wreck, your vehicle would go to the insurance company’s lot, where you could retrieve it later.

“I don’t know where all the money is coming from on that bill, but there is a huge lobbying effort on that,” said Sen. John Lee, D-North Las Vegas, who heard the bill in a Senate Transportation Committee last month. “There were so many good people on both sides of it that both made good points.”

The main proponent of the bill is Bobby Ellis, a businessman who often contributes to political campaigns and owns SNAP towing.

Richard Perkins, a former Democratic Speaker of the Assembly, is lobbying the bill on behalf of Ellis. 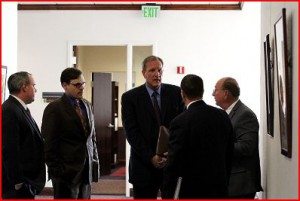 He said that just two tow companies get all the business for vehicles involved in accidents. The Las Vegas Metropolitan Police authorize Ewing Brothers and Quality Towing to tow cars from accident scenes.

“A monopoly is what they have now,” he said, noting complaints of price gouging and abuse.

Those two companies can charge fees ratified by the Nevada Transportation Authority.

“This really opens it up for people instead of protecting the current monopoly,” he said. “You shouldn’t be a victim of an accident and of a tow company. … If they weren’t raping the public we wouldn’t be here in the first place.”

Opponents to the bill note that Ellis is a consultant for Insurance Auto Auctions, which bought his salvage yard several years ago. They say this gives him an in with insurance companies and a reason to contract with Ellis.

Towing company representatives like Paul Enos say that the bill will create a monopoly for Ellis.

Ellis contended that this is not true.

“A lot of people say this is a special interest bill, but I may not even get a contract out of it,” he said.

Opponents to the bill said it has little to do with auto insurance consumers and people who get in accidents. They say that the bill ultimately benefits Ellis and the insurance industry.

“They will absorb the savings, it will never get to the consumer,” said Jason Kent of Quality Towing. “This bill would make us give up the most profitable part of our business.”

Some vehicles then move along to salvage yards or auto auction companies, two of which testified against the bill.

Sam McMullen, a lobbyist representing Copart Auto Auctions told a legislative committee “that kind of relationship” between Ellis and Insurance Auto Auctions gave his client concern about the bill. 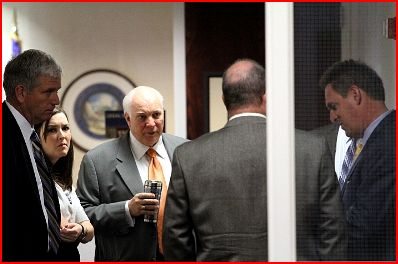 Michael Geeser, lobbyist for AAA, said that cost savings may not necessarily pass along to consumers.

“At least it gives us one more choice and a chance to perhaps bring prices down,” he told a legislative committee.

Both proponents and opponents agreed on a portion of the bill that mandates the Nevada Transportation Authority to develop a standard set of fees for the tow truck and storage lot industry, which should help Nevadans.

Further complicating the matter is the committee to which the bill was sent.

Assemblyman Kelvin Atkinson, D- North Las Vegas, is the chairman of the Commerce and Labor committee that heard the bill yesteraday.

Opponents of the bill noted Atkinson is also the recipient of a trip to London paid for by Perkins on behalf of his client, Pokerstars, a company which is now under federal investigation.

Perkins called those implications a “cheap shot” and a “smear campaign.” 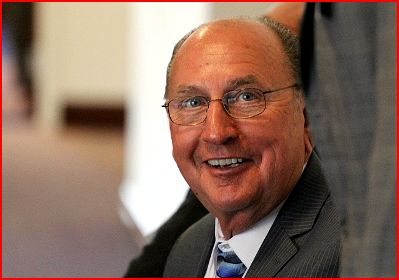 Opponents of the bill pointed at the thousands of dollars Ellis contributed to members of the Commerce and Labor committee.

But groups such as the Nevada Motor Transport Association, which represents tow truck companies and others, also made donations to members of that committee.

If anything, the allegations proved there is money in the fight, and there are a gaggle of lobbyists on both sides who will hope to turn the ear of a member of Nevada’s Assembly before the bill returns for a vote.

The committee has yet to take action on the bill.