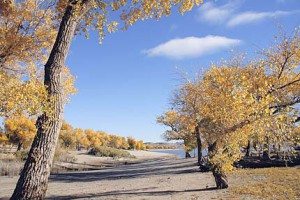 Follow up tests needed to ensure against false positives

There has been a preliminary discovery of quagga mussels, a damaging invasive species, in Lahontan and Rye Patch Reservoirs in Northern Nevada found during routine quagga mussel sampling; however, follow up tests are needed to validate the results.

Quagga mussels are an invasive mollusk that destroys native plants and animals, damages water infrastructure and harms native and sport fisheries, often resulting in millions of dollars of economic damage, among many other environmental problems this invasive species can cause.

“These are early preliminary tests,” said Ken Mayer, acting director for the Nevada Department of Wildlife (NDOW).  “We need to run further tests to confirm this first discovery.  As always, we urge boaters and other users of any Nevada water to clean, drain and dry all boats and equipment between every use.”

No other infestations have been discovered, but NDOW has sent teams of biologists to test other waterways across the state to make sure no other lakes are affected, a practice NDOW has done routinely since the first outbreak was discovered in Lake Mead.  There is no reason to believe there are any other infected waterways at this time.  Even in the event of infestation, there is no way to determine the effects quagga mussels will have on any particular body of water.  Quagga mussels are most often spread by trailers, boats and equipment that travel between waterways.

“We intend to keep the public informed about this troubling development and to do whatever we can to stop the spread of this very damaging species,” said Mayer.

Quagga mussels were first discovered in Nevada in 2007 in Lake Mead.  Those who wish to learn more can visit the 100th Meridian web site, a nonprofit organization that tracks infestations, at http://www.100thmeridian.org.

The Nevada Department of Wildlife (NDOW) protects, restores and manages fish and wildlife, and promotes fishing, hunting and boating safety. NDOW’s wildlife and habitat conservation efforts are primarily funded by sportsmen’s license and conservation fees and a federal surcharge on hunting and fishing gear. Support wildlife and habitat conservation in Nevada by purchasing a hunting, fishing or combination license. For more information, visit www.ndow.org.