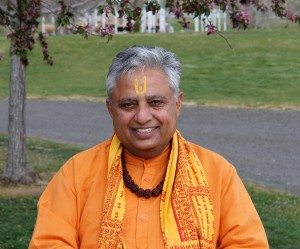 City Council of Hartford, capital city of Connecticut, will reverberate with Sanskrit mantras from ancient Hindu scriptures on June 13.

Reno based Hindu leader Rajan Zed will deliver invocation from Sanskrit scriptures before Hartford City Council on this day. After Sanskrit delivery, he then will read the English translation of the prayer. Sanskrit is considered a sacred language in Hinduism and root language of Indo-European languages.

Zed, who is the President of Universal Society of Hinduism, will recite from Rig-Veda, the oldest scripture of the world still in common use, besides lines from Upanishads and Bhagavad-Gita (Song of the Lord), both ancient Hindu scriptures. He plans to start and end the prayer with “Om”, the mystical syllable containing the universe, which in Hinduism is used to introduce and conclude religious work.