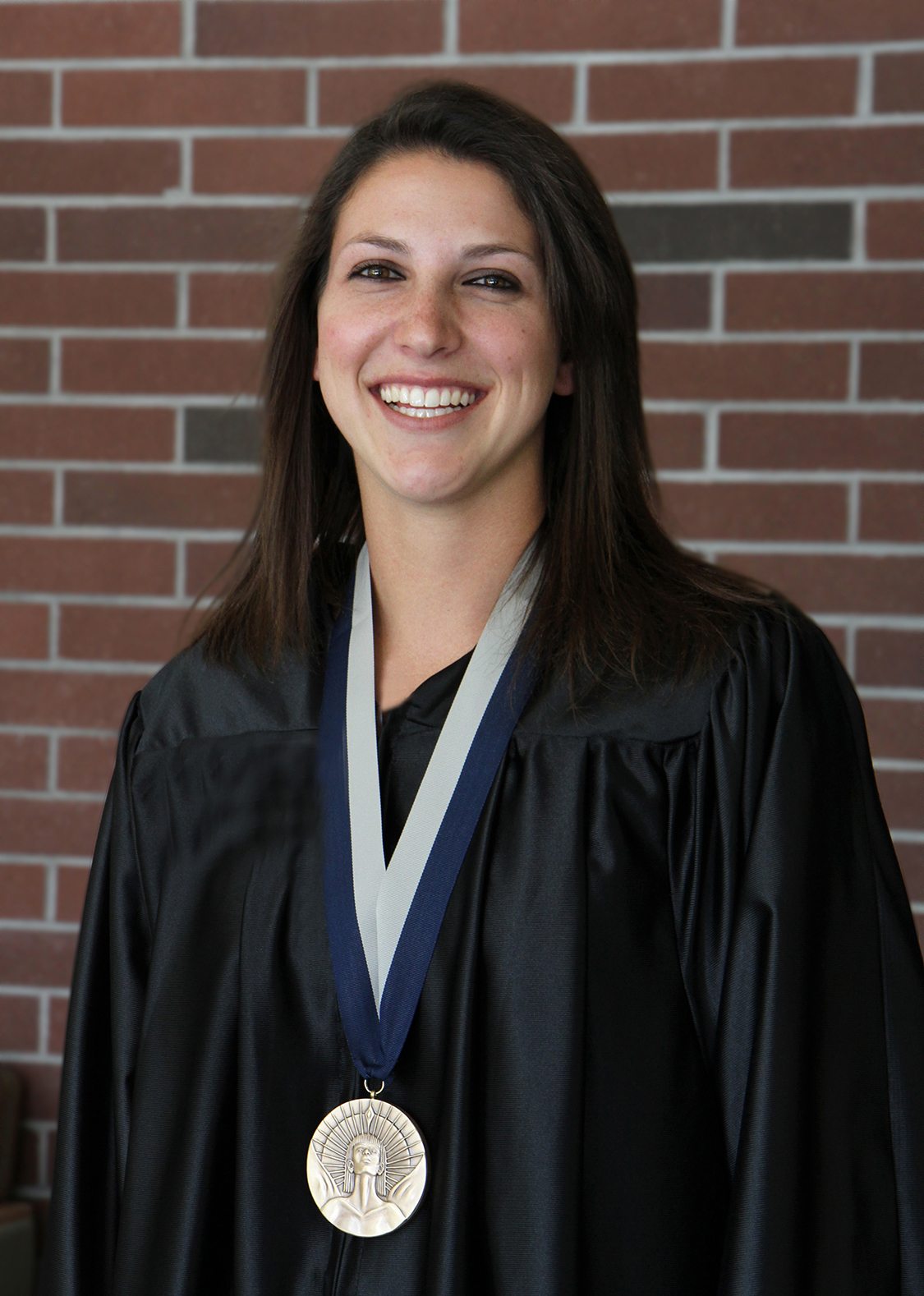 Lauren VanCitters wears a Women in Science and Engineering (WiSE) medal after a College of Science WiSE medal ceremony May 13 for members of the first WiSE graduating class. VanCitters earned her bachelor of science degree in biology with a perfect 4.00 grade-point average. Photo by Jean Dixon.

The University of Nevada, Reno has named Lauren VanCitters the recipient of the 2011 Herz Gold Medal, presented at each commencement ceremony to the graduating senior with the highest grade-point average.

VanCitters, a Galena High School graduate, was admitted to the University of Nevada, Reno in the fall of 2007 and graduates today with a bachelor of sciencedegree in biology and biochemistry from the College of Science.

The  Herz Gold Medal is the University of Nevada, Reno’s oldest and most prestigious award. VanCitters will graduate today with a 4.00 cumulative grade-point average. She was also named the Westfall Scholar, having the highest GPA in her academic department,. VanCitters plans to attend the University of California, San Francisco in the fall to pursue a doctorate in physical therapy.

The Herz Gold Medal was established in 1910 when the University was only 36 years old by brothers Richard, Carl and Otto Herz, This is the 19th year in a row that the recipient of the award has graduated with a 4.00 GPA.