Gov. Sandoval to lawmakers: Finish your work by June 6 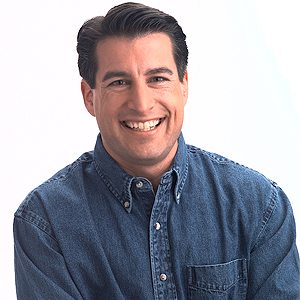 CARSON CITY – Memo to Nevada lawmakers: If you don’t finish up your work on June 6 as the constitution requires, don’t expect Gov. Brian Sandoval to call you back to work right away in a special session.

Sandoval Senior Adviser Dale Erquiaga, in a briefing today with the press, said there is a belief expressed by some involved in the process that if the Legislature does not complete a budget and redistricting by the 120-day deadline, that Sandoval will immediately call lawmakers back into session to continue their work.

The session will actually end at 1 a.m. on June 7. The Legislature gets the extra hour because of the change to daylight savings time.

“Three weeks from today, the Legislature is constitutionally required to adjourn and they will do so,” Erquiaga said. “There will be no special session that week. So those folks who think that this governor will simply keep the Legislature around to continue its work are misinformed. They can finish their work on June 6 and we expect them to do so.

“I want you to understand clearly that this notion that has been bred around here lately that special sessions just follow on after the 120th day is not an operating premise for this administration,” he said. “We don’t think they need to come back at all. If they don’t finish by June 6, it is their responsibility.”

Erquiaga also said Sandoval believes the tax proposals under discussion by lawmakers over the past few days, including a services tax, were “dead on arrival” and the Legislature should work to finish the next two-year budget with the $6.1 billion in available revenue. The amount of revenue, revised upwards after some add backs and new Economic Forum projections, compares to the $6.2 billion in spending in the current budget, he said.

Sandoval has agreed to look at a “trigger” mechanism whereby if tax revenues come in ahead of the forum’s conservative projections, that the money can be restored to public and higher education over the course of the two years of the budget, Erquiaga said.

But the $1.2 billion in tax proposals being pushed by Democrats, including a new business margin tax and the extension of taxes approved in 2009 that will sunset June 30, are not supported by Sandoval, he said.

Sandoval would support a review of the various tax proposals in the interim before the next session in 2013, but it is too late to review the complex data now even if the objective was for a revenue neutral tax structure, Erquiaga said.

“Fourteen days is not a time frame in which to adopt the most significant shift in tax policy in this state since 1955,” he said.

The comments came as Democrat lawmakers today added more spending to Sandoval’s proposed budget in the area of parole and probation. They also came as Sandoval vetoed a bill passed by Democrats funding public education for the next two years that contained $660 million in spending beyond what he had proposed. In his veto message, Sandoval said the higher level of funding amounted to a “circuitous attempt to secure a tax increase.”

In response, Assembly Ways and Means Chairwoman Debbie Smith, D-Sparks, said: “In his veto statement, the governor mentions only spending the money we have and not allowing for additional funding of education. Let me be clear: A.B. 568 does not contain additional funding, but instead prevents massive cuts to public schools – the largest in our state’s history.”

The Senate Revenue Committee today also took more testimony on a bill to extend the tax cuts set to expire June 30 and to implement a new business tax that would eventually replace the current modified business tax on payroll.

Asked what happens if the Legislature fails to finish the budget by the deadline, Erquiaga said that scenario is not being given any consideration at this time. The administration is researching what would have to happen if the state does not have a budget by the start of the fiscal year July 1 but no contingency plans are being developed, he said.

“We don’t think it’s going to be necessary,” Erquiaga said.

“I think it is more likely they will agree if they realize there is a real deadline with this administration, and that they don’t get to just stay and meet a couple of more weeks,” he said. “They have three weeks.”

Sandoval Senior Adviser Dale Erquiaga says there will be no special session called immediately if lawmakers fail to finish their work by June 6:

Erquiaga says the idea that special sessions just follow the 120-day session is not an operating premise for the Sandoval administration:

Erquiaga says the Legislature can finish in the three weeks remaining:

Erquiaga says Sandoval has a real deadline for the Legislature to adjourn:

Erquiaga says there is not enough time remaining in the session to have a major overhaul of Nevada tax policy: