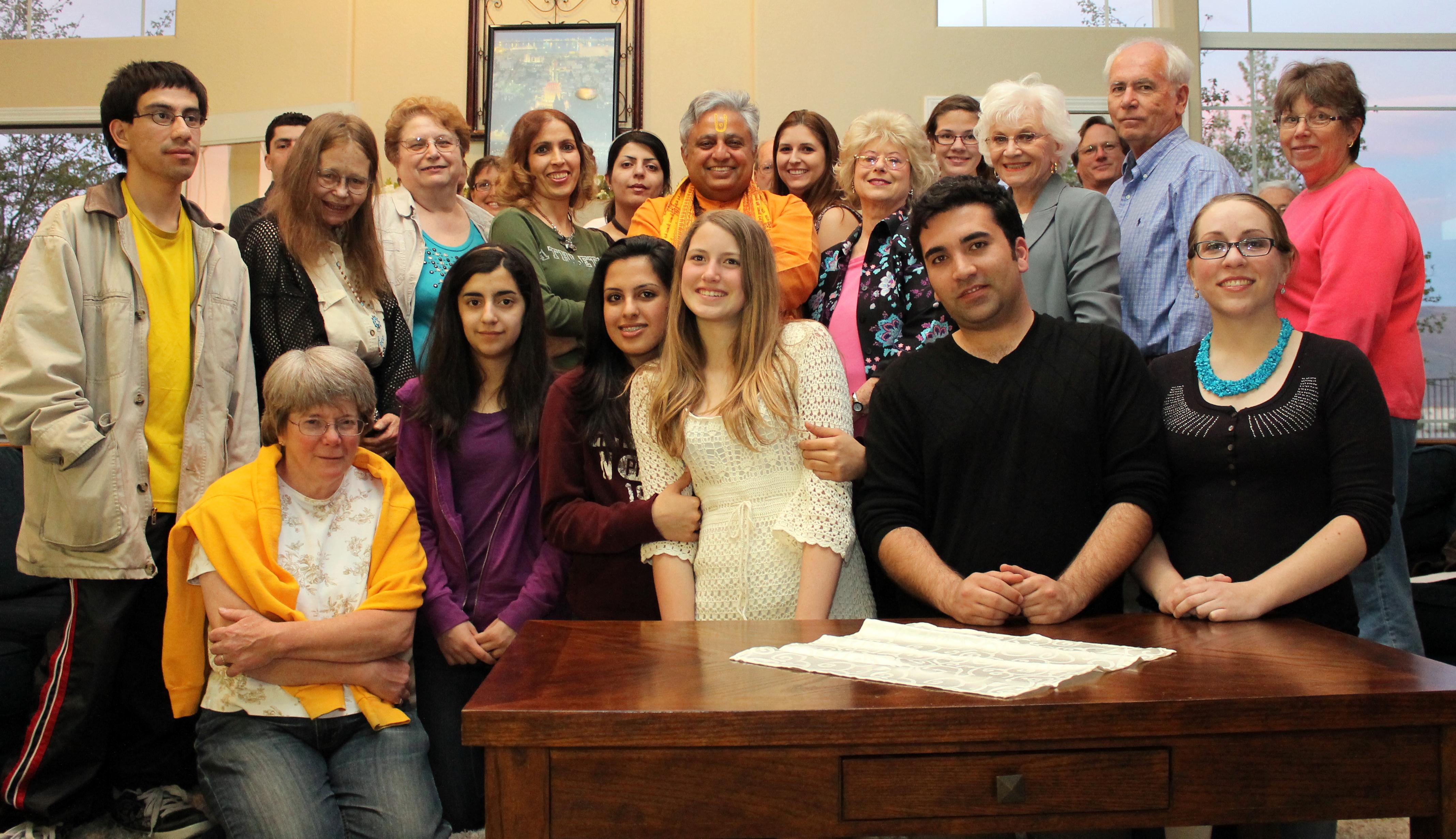 A group photo taken on the occasion. Rajan Zed (in saffron attire) can be seen standing in the middle. Picture by Debbie McCarthy

In a remarkable interfaith gesture, area Hindu leader Rajan Zed concluded the prayer part of the festival by reciting prayer from ancient Hindu scriptures. Zed, who is President of Universal Society of Hinduism, read Gayatri Mantra, the most sacred mantra of Hinduism, in Sanskrit and attendees repeated after him. He also read from Rig-Veda, oldest existing scripture of mankind; Upanishads and Bhagavad-Gita, both ancient Hindu scriptures.

Twelve-day festival of Ridvan is also known as “the most great festival”, whose first (April 21), ninth (April 29) and 12th (May two) days are especially celebrated as holy days by Baha’is. These three days are marked by communal prayers and celebrations and no-work/no-school days. Baha’i administrative year begins on the first day of Ridvan.

Said to be youngest of the world’s independent monotheistic religions, Baha’i Faith, founded in Iran in 1844, has over five million followers.