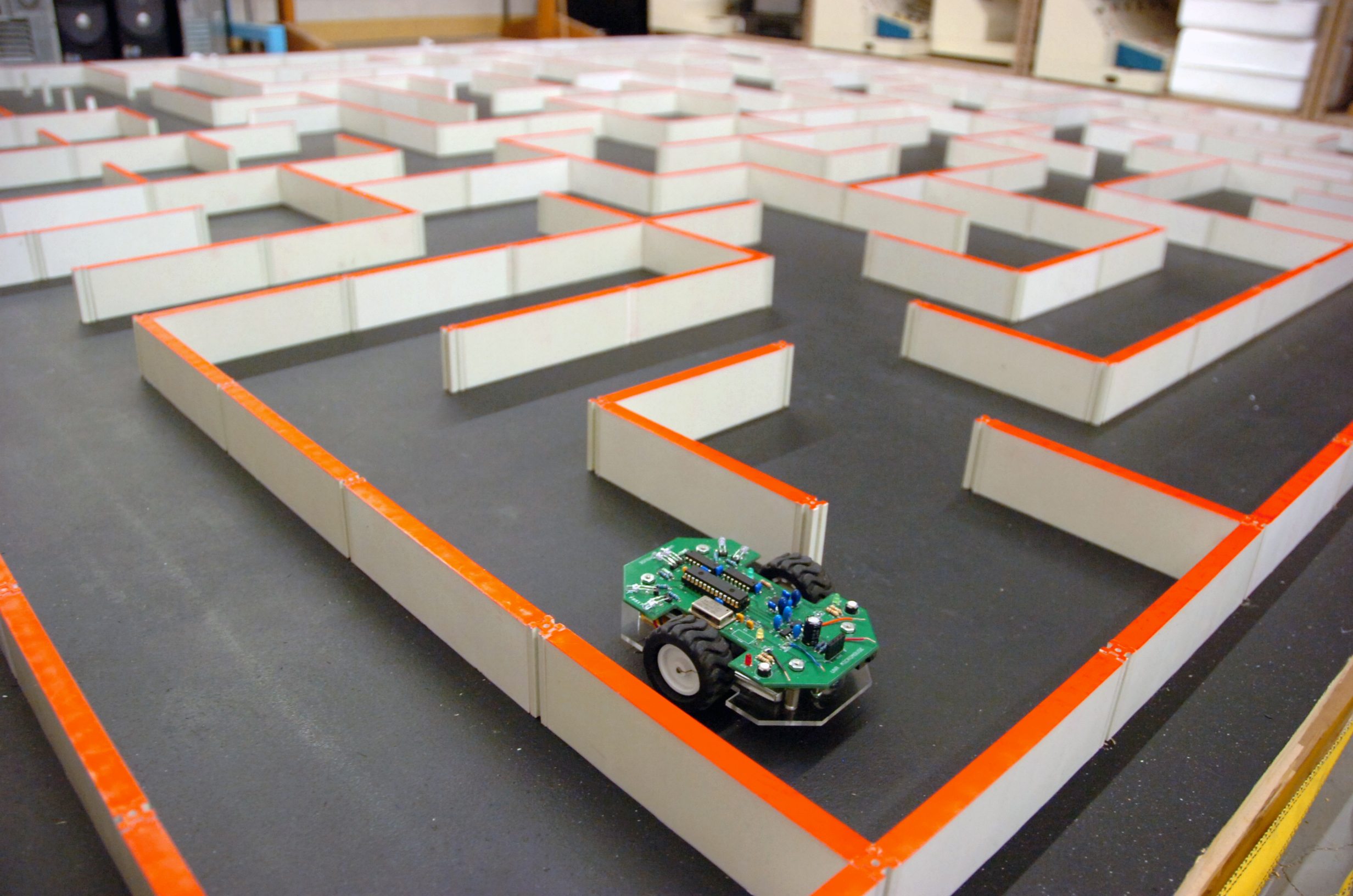 The University of Nevada, Reno’s micromouse scooted its way around the maze in the fastest time Saturday to beat out 10 other teams from around the west. The MicroMouse competition featured small robotic vehicles designed, built and programmed by undergraduate electrical engineering students.

The University of Nevada, Reno team of Alexander Bajenov and Eric Chalko spent months designing and building their palm-sized mouse, “Nevada Blue.” Their hard work paid off by completing the fastest run of the day, 22 seconds, just two seconds ahead of second place University of Hawaii, Manoa. California State University at Chico was third with a time of 49 seconds.

“The final path was very short,” Mehdi Etezadi, chair of the electrical and biomedical engineering department, said. “It was a lot of complex twist and turns, which “Nevada Blue” handled well, but it wasn’t able to use its high speed to really gain a good time gap. The students have done a fantastic job in winning the first place award for all categories of the competition.”

Contestants are not permitted to know the layout of the maze prior to the beginning of the competition. The vehicle uses its multiple sensors and controllers, and the computer chip, to find and remember its way to the center of the 12-foot-by12-foot system of walls and gaps. The mouse may go through the maze multiple times within its allotted 10 minutes and the mouse’s fastest time from start to finish counts.

The vehicles are built with sensors, tiny motors for a drive system and a programmable computer chip for decision making to guide it as it moves through the twists and turns of the maze. The goal is to get the mouse from one corner of the maze to the center square in the fastest possible time.

“It’s a highly-complex autonomous robot,” Etezadi said. “There is no remote control. Besides the sophisticated construction, it takes creative programming and control system skill so it can learn-as-it-goes to find its way to the center of the maze. Our student team has developed a super smart mouse.”

In addition to trying for the fastest time through the maze, contestants were judged in a separate MicroMouse packaging competition. They were judged on audible noise, size and weight (smaller was better), thermal dissipation, power consumption, electromagnetic compatibility, reliability and product appearance and design. The University of Nevada, Reno team took first in this contest too.

The technologically advanced MicroMouse race was hosted by the University’s electrical and biomedical engineering department as part of the spring conference for Region 6, Central Area of the Institute of Electrical and Electronics Engineers.

“We’re very excited to have hosted this event,” Etezadi said. “It was a great and fun opportunity for the community to see how students can put their skills into practice.”