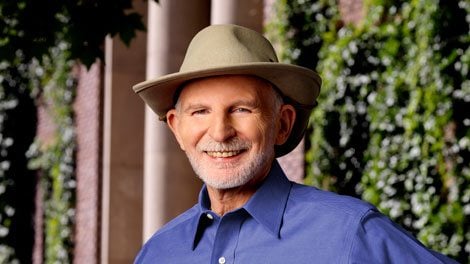 Nevada leaders released statements today in response to the death of University of Nevada, Reno President Milton Glick, who died of a stroke yesterday.

CARSON CITY –Upon learning of the death of UNR President Milt Glick, Governor Brian Sandoval expressed his sympathy to Glick’s family this morning and made the following statement:

“President Glick was passionate about education and brought a steady, experienced hand to the leadership of Nevada’s oldest institution of higher learning. During his tenure at UNR, Milt oversaw not only a successful building campaign but the recruitment of record numbers of National Merit Scholars and the development of important new accountability measures. Kathleen and I extend our thoughts and prayers to Milt’s wife, Peggy, the Glick family, Milt’s colleagues at UNR and the greater UNR family.”

“I am deeply saddened by the passing of my friend and colleague, Dr. Milt Glick.We have worked closely together on common issues since Milt’s arrival, nearly five years ago. Milt was a partner in promoting research in higher education and I admired his effort to promote a “sticky campus” environment for his university. Milt’s legacy will be persevering during the most difficult times for education in our state. My heartfelt condolences go out to his wife Peggy and his family.”
–Dr. Stephen Wells, DRI President