By ThisIsReno April 6, 2011
By Sean Whaley, Nevada News Bureau: Advocates for a tax hike on cigarettes and liquor made their case in the Nevada Legislature today, both to raise revenue and improve public health.

The proposal received a mixed reaction from lawmakers, and some lobbyist opposition, however, because of the negative consequences on business.

The Assembly Taxation Committee heard a proposal from Assemblywoman Peggy Pierce, D-Las Vegas, to increase the tax from 80 cents on a pack of cigarettes to $1.70. Her measure would also increase liquor taxes. 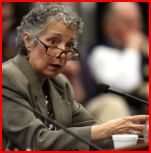 The Senate Revenue Committee also heard a separate measure to increase the cigarette tax to $2 a pack.

Pierce said her goal with Assembly Bill 333 is increasing general fund tax revenue, but a number of health advocates testified in support because of the public health benefits of increasing the tax on tobacco. They noted that smoking rates for both adults and children would decrease with the proposed cigarette tax hike and the increase on other tobacco products.

The Nevada Department of Taxation estimates that about $250 million would be generated over the two years of the budget if the tobacco and liquor tax hikes are approved as proposed.

“I believe this state will be devastated if we do not raise revenues,” Pierce said.

The cuts being proposed in Gov. Brian Sandoval’s budget will take a minimum of a decade to recover from, she said.

Pierce’s bill is the first tax proposal to get a hearing this session.

But the proposals to increase “sin” taxes in the Nevada Legislature face the same roadblock of any other revenue proposals being considered by some lawmakers this session: Sandoval’s unwavering rejection of any tax or fee increases to balance the budget.

Advocates for the cigarette tax point to a survey of Nevada voters showing strong support for the measure as a way to raise tax revenue.

Assemblyman Ed Goedhart, R-Amargosa Valley, who said he smokes an average of a pack of cigarettes a week, agreed that hiking the tax is a good way to raise revenue if the objective is to correct unhealthy behavior.

But Goedhart said obesity is a bigger health issue, and that a tax on calorie consumption could generate public health benefits as well.

He questioned why the Legislature would want to single out smoking among the many unhealthy activities engaged in by the public at large if the objective is to improve the health of Nevadans.

The proposed increases generated opposition from a variety of groups.

Katie Jacoy, representing the Wine Institute, a public policy association representing 897 California wineries, submitted testimony in opposition to the increases in the alcohol tax in AB333 because of the significant increase proposed on wine and other alcoholic beverages.

“This proposed tax increase will ultimately harm the responsible wine consumers in Nevada by increasing the price of wine, which is difficult to bear in tough economic times,” she said.

“Under the bill, the excise tax on wine with an alcohol content of 14 percent or less would increase from 70 cents to $1 per gallon, and on wine with an alcohol content above 14 percent would increase from $1.30 to $1.75 per gallon. Given Nevada’s 6.85 percent sales tax that also applies to wine, consumers in Nevada will likely pay one to the highest prices in the U.S. for their wine.”

These price increases will be passed on to the consumer, Jacoy said.

Much of the testimony focused on the cigarette tax, which was last increased in Nevada in 2003. Nevada ranks 35th lowest in its tax rate. New York is the highest at $4.35 a pack, while Missouri is lowest at 17 cents, she said.

California’s cigarette tax is now 87 cents but a $1 increase in the rate is being considered.

One area of opposition to the bill came from premium cigar businesses in Nevada.

Michael Frey, owner of FreyBoy Tobacco, a business that operates six premium cigar shops in Las Vegas, spoke in opposition to the proposed increase in tobacco products other than cigarettes from 30 percent of the wholesale price to 55 percent.

If the increase was approved, Frey said he would close four of his six shops and lay of 35 of 50 employees. Cigar smokers would just begin purchasing their tobacco products over the internet, which is legal, he said.

“Cigar smokers will not quit smoking cigars because it is not an addictive product,” Frey said. “They will simply go on the internet and buy the products with no taxes associated with them and have it shipped into their houses in Nevada.”

There was also concern expressed by some of those testifying that raising liquor and tobacco taxes will cause consumers to purchase their products over the internet.

Goedhart said it may not be legal to purchase cigarettes over the internet to avoid state tobacco taxes, but any projected revenues from a tax increase will be affected by this practice. Goedhart said he found cigarettes for sale on the internet after just a quick search on his computer.

“If we increase the tax we may be increasing tax evasion behavior,” he said.

Peter Krueger, representing the Nevada Petroleum Marketers & Convenience Store Association, among other interests, agreed that consumers would likely seek out cheaper alternatives to avoid the tax.

In her concluding remarks, Pierce said: “I think that if we don’t make a considerable course change, I think that when people can begin to sell their houses again, they will go back to the states that they came from with bigger governments and higher taxes, and a better education system, and museums and libraries and all of the things that come from creating community through the collection of taxes.”

Assemblywoman Peggy Pierce says people will leave Las Vegas when they can afford to do so if changes aren’t made:

Pierce says they will return to states with all of the amenities that come from the collection of taxes:

Cigar shop owner Michael Frey says he will close some of his shops if the tobacco tax increase is approved:

Frey says cigar fans will just buy the product over the internet: