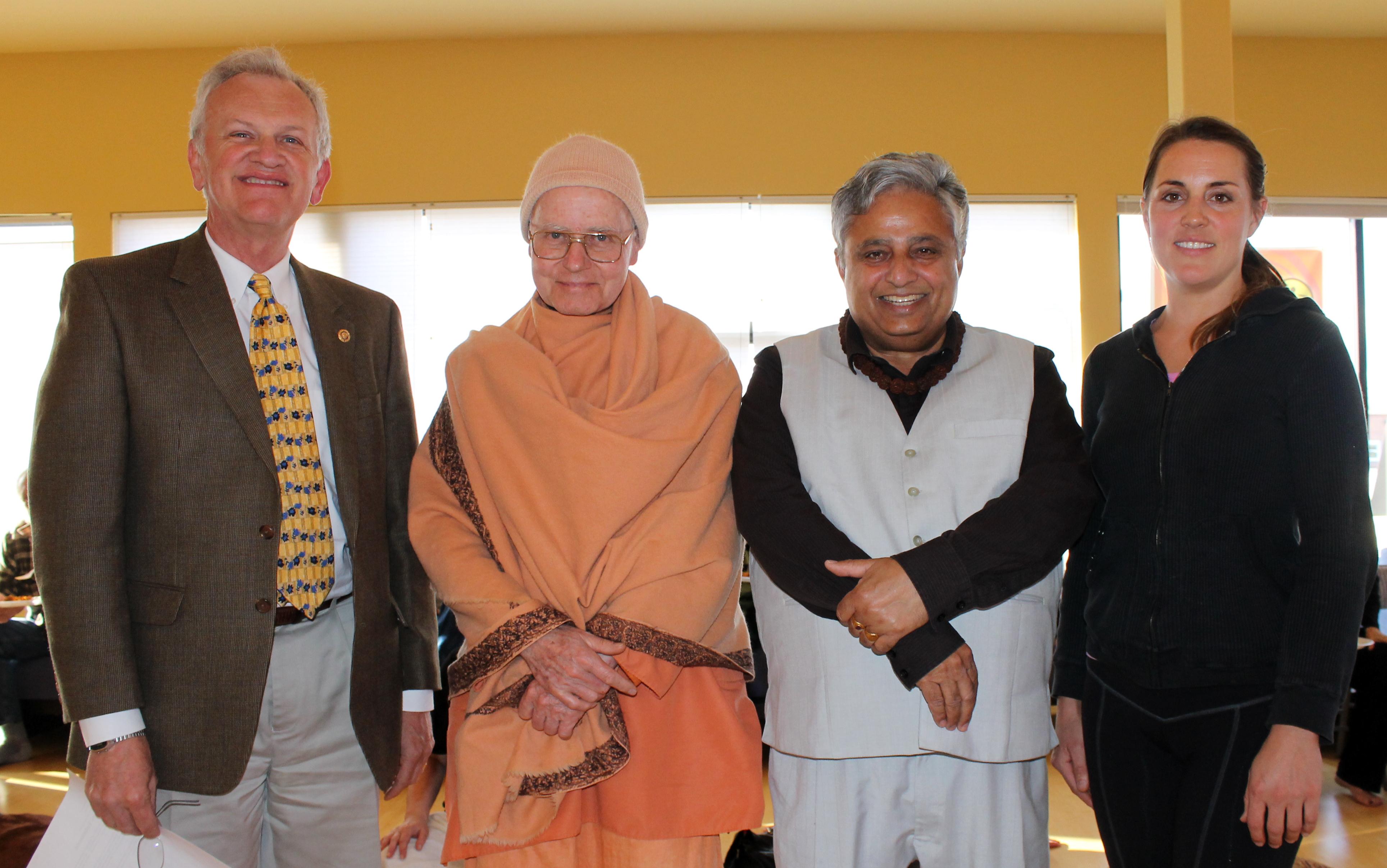 Audience belonging to different religions and denominations listened intently to well-known Hindu monk Swami Vedananda from California in Reno on April 18 evening in an event organized by Universal Society of Hinduism (USH).

Welcoming Swami, Nicholas Frey, one of the leaders of The Church of Jesus Christ of Latter-day Saints (LDS) in the area, thanked Swami for coming to Nevada to spread the universal message of peace and love.

In his keynote address, Swami Vedananda said that Self had to be realized and with this realization, one came to understand everything in life. He also talked about karma, atman, dharma, Brahman, consciousness, detachment, goal of life, happiness from within, joy of renunciation, spiritual process, liberation, concept of time, apprehending reality, meditation, power of truth, etc.

Rajan Zed, USH president, points out that dialogue brings us mutual enrichment. He suggests that instead of mundane things, we should focus on eternal Reality and perceive God in every creature who is enshrined in your heart.