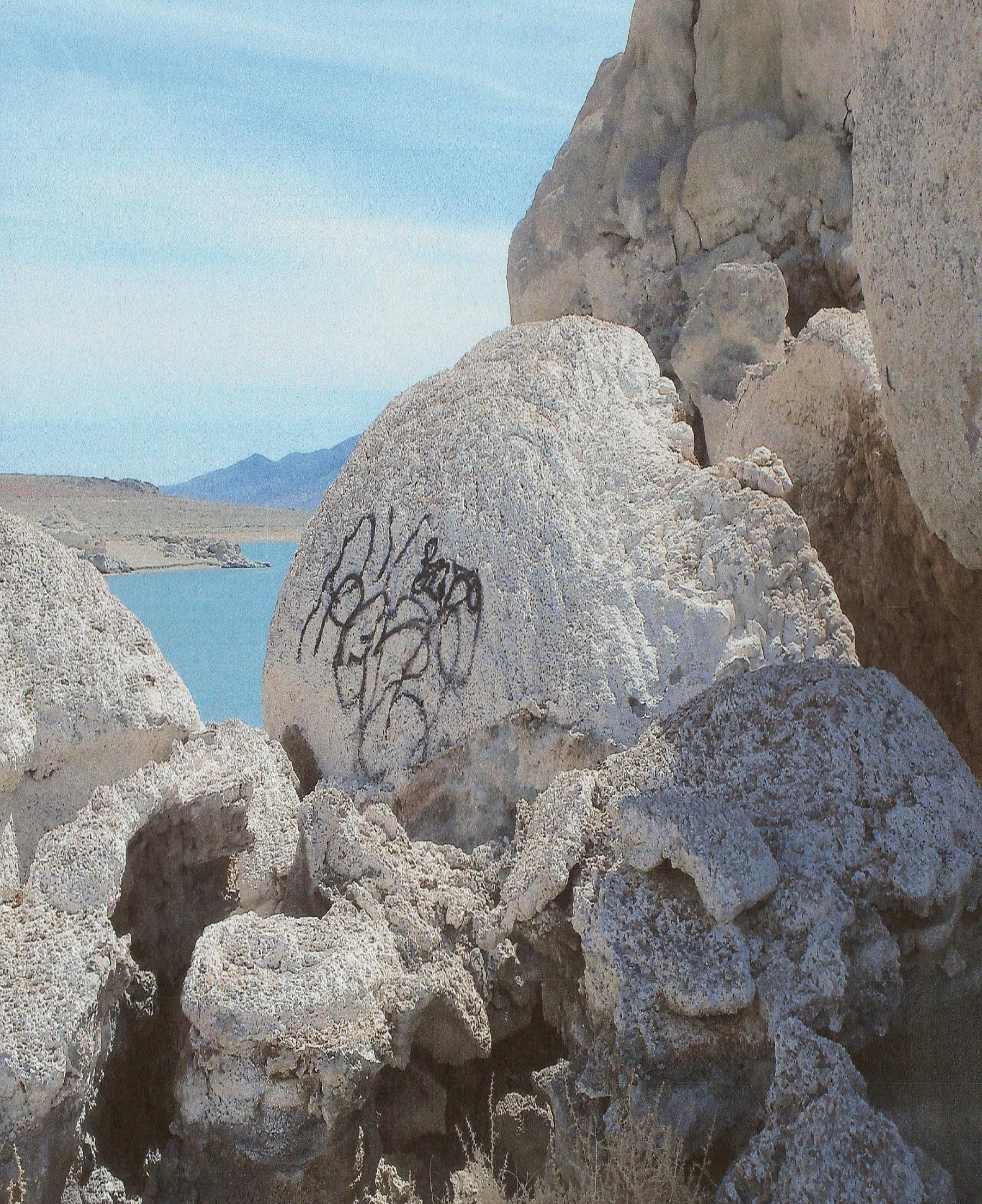 Vandals defaced rocks near the iconic pyramid at Pyramid Lake. The access road to the pyramid is now closed to prevent further damage.

NIXON, Nev. — Effective immediately the Pyramid Lake Paiute Tribe has closed the access road (Tribal Route #5) to and the area near the Pyramid on the East side of Pyramid Lake to the general public until further notice. Citing recent vandalism to the area and the cultural importance of the area to Tribal Members, the Pyramid Lake Paiute Tribal Council at their April 15 meeting made the decision to close the area to the general public until further notice. Persons caught in this area will be cited for trespass pursuant to the provisions of the Law and Order Code and may face fines.

“Recent vandalism and concerns over public safety have lead to the closure of this area to the general public in order to prevent additional damage to this sacred area for the Tribe,” Tribal Chairman Wayne Burke stated. “The Tribe needs time clean up damage and to come up with a plan for this area that will allow for responsible use of the area for both Tribal Members and visitors to Pyramid Lake.”

The closure only applies to access road (Tribal Route #5) and the area near the Pyramid on the East side of Pyramid Lake, all other areas open to the public on the reservation can still be accessed with appropriate Tribal Permits. The closure also does not apply to Tribal members. For more information about the Pyramid Lake Tribal Regulations, please visit www.pyramidlake.us or call 1-775-476-1155.

Who is Reno? It’s not rioters or vandals (opinion)